In his speech at the World Summit of Religious Leaders in Astana, the capital of Kazakhstan, Israel’s Chief Sephardi Rabbi, Yitzchak Yosef, rebuked his colleagues for their silence on terror incidents.

“In the event of a terrorist incident, our voices as spiritual leaders must be heard boldly and proudly, we must not remain silent, this silence is tantamount to identification with terror!” Rabbi Yosef said.


He ended his speech with a blessing to all the leaders, “He who makes peace in His heights will make peace upon us and all of Israel, and say Amen.”

The Chief Rabbi’s speech sparked much enthusiasm among the religious leaders on hand, who applauded him for a long time after he was finished.

The peace summit in the city of Astana, the capital of Kazakhstan—initiated by Kazakh President Nursultan Nazarbayev—includes dozens of leaders from around the world, including the United States, Europe, Iran, Korea, and Saudi Arabia. 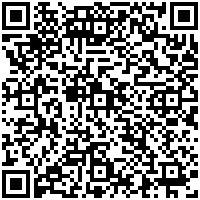