As many as 250 world writers have signed a petition in the London Review of Books expressing their “dismay” over the decision of the German city of Dortmund to rescind its award to British-Pakistani author Kamila Shamsie the Nelly Sachs Prize for outstanding literary contributions to the promotion of understanding between peoples. The prize includes a cash award of €15,000.

Nelly Sachs (1891-1970) was a Jewish German-Swedish poet and playwright whose experiences during World War II Europe transformed her into a poignant spokesperson for the grief and yearnings of her fellow Jews.


In 1966 she shared the Nobel Prize in Literature with literary giant Shai (Shmuel Yosef) Agnon, who, in the opinion of many was humiliated by being compared to this relatively minor poetess.

In their petition, the paddling of authors noted their objection to Dortmund’s decision to “punish” Shamsie for her political views.

Kamila Shamsie, who was born in Karachi in 1973, has supported the BDS Movement since 2014, with the aim of isolating Israel economically, culturally and politically. The Dortmund jury was not aware of Shamsie’s BDS involvement until after they had selected her as the prizewinner.

The prize jury issued a statement last week, saying: “The cultural boycott does not transcend borders, but affects the whole of Israeli society regardless of its actual political and cultural heterogeneity. This contrasts with the claim of the Nelly Sachs prize to proclaim and exemplify reconciliation among peoples and cultures. The jury regrets the situation in every respect.”

Shamsie fired back: “It is a matter of great sadness to me that a jury should bow to pressure and withdraw a prize from a writer who is exercising her freedom of conscience and freedom of expression. It is a matter of outrage that the BDS movement (modeled on the South African boycott) that campaigns against the government of Israel for its acts of discrimination and brutality against Palestinians should be held up as something shameful and unjust.”

Writing for the German newspaper Die Welt, journalist Alan Posener noted Shamsie’s refusal to allow her works to be translated into Hebrew. “She has a right to her opinion. But she does not have a right to win the prize named for Nelly Sachs,” Posener wrote. 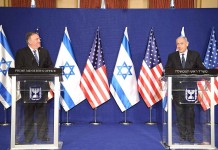 Working From Home: A Permanent Trend? 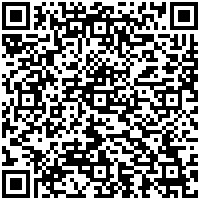