The Israeli, Bahraini, and Emirati high officials noted that the first anniversary of the Abraham Accords is taking place this month. Bennett said that Israel aspires to tighten and strengthen relations with the UAE and Bahrain in every field and added that he hopes that additional countries in the region will join the circle of peace.


Prime Minister Bennett said: “I am so very happy to meet you. I felt it’s important that we meet to signal the year of the Abraham Accords, which from our perspective is very meaningful.”

The PM continued: “First of all, I want to tell you that I met the King of Jordan and the President of Egypt and they are of course delighted with the ensuing relationship between our countries, and I want to assure you of continuity.”

He then stated emphatically: “We are stable and we believe in this relationship, and we want to expand it as much as possible.”

Tomorrow, the prime minister is scheduled to address the General Assembly for the first time since taking office. Bennett has promised a different speech than his predecessor, Benjamin Netanyahu, and he is expected to focus on messages about Israel’s independence in the face of the threats that surround it.

It is unclear how Bennett will deal in the speech with the warming of the relationship between Iran and the United States as well as the other powers seeking to revive the nuclear agreement. Like Netanyahu, Bennett has been careful to speak out against returning to the agreement, but he may recognize that for now, returning to the agreement would slow down significantly Iran’s nuclear capabilities and at least delay if not remove the need for a strike against its facilities.

Bennett is expected to present the Israeli struggle against Corona and suggest that the countries of the world adopt Israel’s model of dealing with the pandemic under his governance. The Prime Minister intends to push the Palestinian issue to the margins of his speech and certainly won’t comment on the ultimatum that was issued by PA Chairman Mahmoud Abbas a few days ago, giving Israel one year to vacate the liberated territories or else. Instead, Bennet will focus on the Abraham agreements, which were signed without much progress in the Israeli-Palestinian arena, and yet have had dramatic implications for Israel and the countries of the region.

The Prime Minister is expected to speak at 4:00 PM Israel time, shortly before the start of the holiday of Shmini Atzeret and Simchat Torah (they both fit in one day in Israel), which won’t bring the speech great ratings at home. He plans to deliver a “positive” speech, devoid of catchy slogans and cartoon posters—an antithesis to Netanyahu’s iconic speeches at the Assembly which may also hurt his ratings. 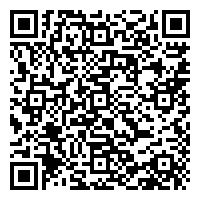