President Joe Biden on Saturday published an op-ed in The Washington Post (Joe Biden: Why I’m going to Saudi Arabia) describing his upcoming visit to the Middle East this week as an effort “to start a new and more promising chapter of America’s engagement there.”

Arguing that “the Middle East I’ll be visiting is more stable and secure than the one my administration inherited 18 months ago,” (a debatable statement) Biden revealed: “In my first weeks as president, our intelligence and military experts warned that the region was dangerously pressurized. It needed urgent and intensive diplomacy.”


“With respect to Iran,” Biden wrote, “we reunited with allies and partners in Europe and around the world to reverse our isolation; now it is Iran that is isolated until it returns to the nuclear deal my predecessor abandoned with no plan for what might replace it. Last month, more than 30 countries joined us to condemn Iran’s lack of cooperation with the International Atomic Energy Agency on its past nuclear activities. My administration will continue to increase diplomatic and economic pressure until Iran is ready to return to compliance with the 2015 nuclear deal, as I remain prepared to do.”

He better hurry. In May 2022, the head of the UN’s atomic watchdog IAEA, Rafael Grossi, warned that Iran has been dragging its feet on information about uranium particles found at old undeclared locations in the country. On June 9, 2022, according to Grossi, Iran inflicted a near-fatal blow to the chances of restoring the 2015 Iran nuclear deal when it began dismantling virtually all of the IAEA monitoring equipment put under the agreement. For the record, Iran has several research sites, two uranium mines, a research reactor, and uranium processing facilities that include three known uranium enrichment plants. Depending on whose estimate you choose to believe, Iran is weeks or months away from having a nuclear device or already has one.

On June 30, Reuters reported, citing a senior US official, that the chances of reviving the 2015 nuclear deal were worse after indirect US-Iranian talks in Doha, Qatar. The Iranians keep moving goal posts, and, according to the official, “their vague demands, reopening of settled issues, and requests clearly unrelated to the JCPOA all suggests to us … that the real discussion that has to take place is (not) between Iran and the US to resolve remaining differences. It is between Iran and Iran to resolve the fundamental question about whether they are interested in a mutual return to the JCPOA.”

So that the president’s notion of reaching a resolution any time soon through increased diplomatic and economic pressure on Iran is a bunch of malarkey, as he himself would have put it.

Biden moved on: “In Israel, we helped end a war in Gaza — which could easily have lasted months — in just 11 days. We’ve worked with Israel, Egypt, Qatar, and Jordan to maintain the peace without permitting terrorists to rearm. We also rebuilt U.S. ties with the Palestinians. Working with Congress, my administration restored approximately $500 million in support for Palestinians, while also passing the largest support package for Israel — over $4 billion — in history. And this week, an Israeli prime minister spoke with the president of the Palestinian Authority for the first time in five years.”

The $4 billion sum Biden cited includes the annual portion of the 10-year, $38 billion military aid package signed under President Barack Obama in 2018, plus a one-time, $1 billion Iron Dome emergency aid to Israel the administration passed through Congress in March. It brings to mind once again the fact that with its $481.59 billion GDP, Israel should stop its dependence on American handouts and pay for the stuff it needs. And then be completely free to sell its fantastic military merchandise to everywhere else for much, much more than $4 billion a year.

“On Friday, I will also be the first president to fly from Israel to Jiddah, Saudi Arabia,” Biden wrote. “That travel will also be a small symbol of the budding relations and steps toward normalization between Israel and the Arab world, which my administration is working to deepen and expand. In Jiddah, leaders from across the region will gather, pointing to the possibility of a more stable and integrated Middle East, with the United States playing a vital leadership role.”

You know, at this point in his op-ed, Biden should have thanked the US president who crafted the Abrahamic Accords, while he, Biden, was campaigning to cut off Saudi Arabia from US arms because it killed a rogue journalist who pestered the crown prince. There’s a reason why Biden has to travel to Jiddah: they won’t take his phone calls. You don’t have to be a Trump supporter to give the man credit for his relentless efforts and historic achievement. And Biden, for the record, has been an enemy of those accords from day one.

President Biden concluded his less-than frank and honest op-ed saying, “I will be the first president to visit the Middle East since 9/11 without US troops engaged in a combat mission there. It’s my aim to keep it that way.”

Well, if that’s your aim, you are of no use to anyone in the region, Mr. President. 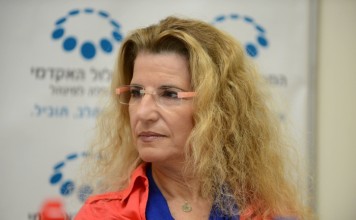 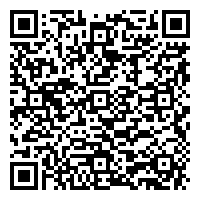