Zvi Yehezkeli, an Israeli television journalist and documentarian who heads the Arab desk at News 13, on Sunday night is launching “Sh’tula” (a plant, referring to a planted agent), a five-episode espionage docu-series on Channel 13, which reveals for the first time authentic documentation of what goes on behind the scenes of human rights organizations operating in Judea and Samaria.

The series was three years in the making. “There are 3,000 hours of footage, all of which required legal backing, and the content features many characters,” Yehezkeli told Ma’ariv. “In general, this thing is explosive, with the possibility of international lawsuits, so this process has been crazy. And it’s also the longest series I’ve ever done.”

The series “Sh’tula” follows a pro-Palestinian young Swedish woman who came to Israel as a tourist to study architecture. She met someone from the Eli settlement who explained that there’s another side to the Israeli-Arab story.

“It became a treasure trove of intelligence, including secrets that Hamas members told her and are documented on paper,” he continues. “So, we started building a series out of it. It’s very complicated because there’s a lot of use of hidden cameras, and we also have to protect her life.”

At some point, Yehez told Army Radio on Sunday, his spy recorded a European activist who confessed on tape that she wanted to see all the Jews dead, on both sides of the “green line,” arguing that their very existence was rooted in sin. Should be fun to watch, especially if at some point you thought European activists were fair and even-handed and wanted only to help poor suffering Arabs. 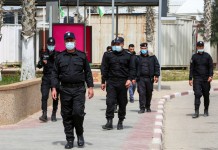 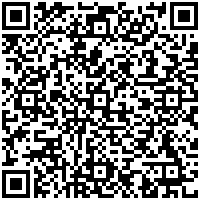