Hamas has decided to resume its violent actions along the border with Israel. Islamic Jihad, the Popular Front for the Liberation of Palestine (PFLP) and the Democratic Front terror organizations are partners in this decision, which will lead to violent incidents, sources in the Gaza Strip told TPS.

The incendiary balloon units have already commenced actions, the first stage of the escalation, and additional units will join and the Hamas-led weekly riots may also resume, according to sources in the Strip.


The reasons for this decision, which came less than a month after Hamas announced that the border riots would cease until March, are tensions between Hamas and Egypt and the delay in the realization of the understandings between Hamas and Israel on humanitarian relief for the Strip.

Sources in the Gaza Strip say that Hamas suspects Egypt is favoring Israel’s positions and is not serving as a fair mediator.

Tensions between Hamas and Egypt have risen especially after Hamas leader Ismail Haniyeh violated his pledge to Egypt and went to Iran for Qassem Soleimani’s funeral. Egypt’s latest measures against Hamas are focused on preventing or reducing the passage of goods through the Rafah crossing into the Strip, which hinders Hamas’ revenues.

Hamas is refusing to wait anymore and believes Israel is buying time and making promises while not following through with any of them.

In the meantime, contacts between Egypt and Gaza have been frozen, which is causing concern in Hamas, which needs a breakthrough in the Gaza civilian situation.

Last Thursday, Hamas released its “7 Principles” plan, which outlines its goals for 2020, and senior Hamas official Khalil al-Haya pledged that “2020 will not be similar to its predecessor, as Hamas will not sit idly by and is determined to break the siege on Gaza.”

A Ramallah official told TPS that Qatar has not yet decided whether to continue distributing the monthly grant to Gaza beyond this coming March. The source estimates that the cessation of Qatari aid to Gaza will result in another round of violence ignited by Hamas. 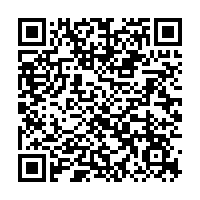