A comprehensive survey of political opinion among the Arab public that was published on Tuesday and conducted by the Konrad Adenauer Program for Jewish-Arab Cooperation at Tel Aviv University has found that Most of the Arab respondents (56.2%) are convinced that Ra’am should demand a ministerial position in the government, such as a minister or deputy minister, rather than just being a member of the coalition. The rest were divided equally between supporters of Ra’am’s decision to join the coalition without a ministerial position (14.4%) and those opposed to Ra’am joining at all (15.5%); about 14% had no opinion on the matter.


The respondents were then presented with the following hypothetical question: Is it desirable in the future that the Joint List (Hadash–Balad–Ta’al) reunite with Ra’am? It appears that this idea has broad support among the Arab public. 71.4% of the respondents feel that such a scenario is desirable (of which 59.3% feel it is very desirable) while only 23.7% feel that it is not.

On this question, statistically, significant differences were found according to voting patterns in the last Knesset elections. It appears that the proportion of Joint List voters who feel that the scenario is “very desirable” (the highest level of support) is higher with statistical significance than the proportion of Ra’am voters who feel that way (71.6% vs 61.6%). In any case, there is a high level of support for this scenario among the two groups of voters (81.3% among Joint List voters and 73.7% among Ra’am voters); however, the rate was much lower among voters for the other parties (only 58.2%). On the other hand, only 17.9% of Joint List voters and 23.2% of Ra’am voters feel that this scenario is undesirable.

In recent months, the Israeli government has approved two large-scale programs to deal with problems in Arab society. In August, Prime Minister Naftali Bennett announced a new program to fight crime in Arab society and the creation of a special branch in the police designated for that purpose. In October, the government approved a new five-year program (2022–26) for Arab society with a cost of NIS 30 billion (roughly $10 billion).

The survey was carried out by the Yafa Institute – Market Research, Surveys, and Consulting, under the direction of Dr. Aas Atrash. The data were collected during the period November 7–14, 2021 in a telephone survey carried out in Arabic among a representative sample of the adult Arab population (aged 18+). Size of the sample: 511. Sample error: ±5%. 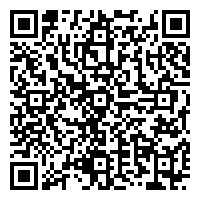