The Shoresh Institution, an independent, non-partisan policy research center, released an education report card containing excerpts from its Handbook, which includes one graph per page with a brief accompanying analysis.


According to the scathing report, Israel’s education powers-that-be exclude 23% of school children from international exams – other countries keep away only about 5% – so that even its weak results are biased upwards.

The report also points to a looming democratic threat, suggesting a strong positive link between the share of students who do not possess the minimum level of education necessary for working in a modern economy and the share of students unable to fully comprehend the actual source of their problems, enhancing the possibility for success of populist solutions offered by some politicians.

Here is another worrisome point made by the report about the familiar problem of crowded classrooms in Israel. The prevailing wisdom, the report argues, is that crowded classrooms have very negative effects on the quality of learning. While reducing class sizes from 25 to 18 may not always produce significantly better outcomes, it is likely that a reduction from 40 children in a class (the maximum allowable in Israel) to 20 could substantially improve the learning environment.

In short, the report concludes, there is no lack of teachers in Israel. The problem of overcrowded classroom is related to how Israel’s teachers are utilized.

More school days, less school knowledge: the number of school days in Israel cannot explain the poor level of knowledge in core subjects. There are many more days of instruction in Israeli school years than provided by any other developed country. In contrast with the common five-day school week elsewhere, the Israeli school week lasts six days, from Sunday through Friday. Yet Israeli students’ scholastic achievements are much lower than these fewer school days countries.

Kindergarten Teacher Barricades Herself in Class Over COVID-19 Vaccination Rules 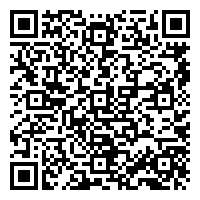