An eight-member team of volunteers from the Israel-based ZAKA Search and Rescue organization is on the ground in Houston, Texas, helping both the Jewish and Christian communities in the area devastated by the recent Hurricane Harvey. Another four ZAKA volunteers will join the delegation in the coming days. ZAKA, which is recognized by the United Nations as an international humanitarian volunteer organization, is known for its expertise in search, rescue and recovery in natural disasters and terror attacks around the world.

However, this is not a typical ZAKA rescue and recovery mission overseas, such as Hurricane Katrina or Typhoon Haiyan, working with recovery of victims. Rather, this is a humanitarian hands-on mission in which the volunteers are working to assist the communities in any way that is needed – from clearing debris to offering assistance with food deliveries.


After an initial briefing with the Federal Emergency Management Agency (FEMA) which is overseeing the recovery efforts, and the Orthodox Union which is coordinating the volunteers within the Jewish community in Houston, the ZAKA team set out to work.

“As a humanitarian organization, we help all those in need, regardless of religion, race or gender,” notes ZAKA Chairman Yehuda Meshi-Zahav. “Today, our team contacted Pastor Becky Keenan from the Gulf Meadows Church, and we are working with the Christian community in the area as well. It was particularly meaningful for Pastor Keenan that a team from the Holy Land has come to offer help.”

“The ZAKA volunteers received orders to assist mainly in the humanitarian area, “explains ZAKA Special Operations Commander Haim Weingarten. “At the moment, there is no concern about more missing people, but nonetheless, abandoned houses are still being searched and it is possible that bodies will be found.”

During their first 24 hours in Houston, the ZAKA volunteers worked in the badly damaged synagogue in coordination with Rabbi Barry Gelman of the United Orthodox Synagogues in Houston, clearing debris and removing mold. In addition, they are working in the community, helping make homes habitable for their residents, as well as assisting with the delivery of kosher food after supplies began to run low. Rabbi Daniel Masri of the Sephardi Beth Rambam community is also working with and assisting the ZAKA team. 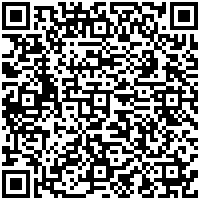