Former Israeli envoy to the UN Ron Prosor, who currently heads the Institute of International Diplomacy at the Interdisciplinary Center in Herzliya, told Israel Radio Thursday morning that President Donald Trump arrives at the ideological conflict between Israel and the PA Arabs with a businessman’s approach. In a sense, Prosor explained, we’re switching from a game of Chess to Monopoly, with an Administration which is looking to challenge the existing paradigm.

Ignoring the fact that the purpose of Chess is to kill your opponent’s king, and that Monopoly is all about walking away with all of your opponent’s land, and that neither game is even remotely about negotiations, Prosor’s analysis is refreshingly reasonable.


When asked Wednesday, “are you ready to give up the notion of two-state solution that was adopted by previous administration?” Trump answered: “So I’m looking at two-state and one-state, and I like the one that both parties like. (Laughter.) I’m very happy with the one that both parties like. I can live with either one.” To apply Ambassador Prosor’s analysis, it doesn’t matter not just to the president of the US but to the two sides in the conflict as well who will get what piece of land. What matters is, will the solution be real? How do the two sides come up with a solution that does not end up with yet another terrorist Muslim state at Israel’s border, and with an Israel that retains both its Jewish and democratic identity.

If handled carefully and patiently, the emerging deal as Prosor sees it is entirely about satisfying the actual, human needs of all the people in the conflict, rather than the theoretical, ideological needs of their leaders on both sides of the imagined border.

Prosor also noted that the region-wide fear of a burgeoning nuclear Iran could help a good peace deal along, if only for the fact that Saudi Arabia, which depends on Israel’s protection against an Iranian assault, would be more inclined than ever to back the Jewish State in its dealing with the PA. Likewise most of the other Gulf states, who would likely not sabotage these negotiations.

It could mean that Trump would be pushing for the empowerment of the PA business class and its middle class, who are currently struggling to prosper in a repressive social environment, under the rule of the PLO, an organization that never gave up entirely its terrorist roots and means of operation. In Gaza and the PA, billions of dollars that come in as foreign aid end up invested in underground tunnels, illegal weapons manufacturing and, just as often, in the numbered Swiss bank accounts of the top leaders.

As long as the Arabs in Gaza and the PA do not have a strong middle class, able to stand up through democratic means to the thugs at the helm, there can be no serious consideration of a long-lasting deal. There’s no point in drawing whatever partition lines between Israel and the PA – without a widely prosperous Arab middle class, the terror attacks will never be over.

Other than Prosor, the majority of responses to the Trump-Netanyahu meeting were not so much a bout cultivating a viable peace as about holding on the familiar lines in the sand.

Such as Justice Minister Ayelet Shaked (Habayit Hayehudi), who told Army Radio Thursday morning, “It is inconceivable to me that we’re taking about a [settlement construction] freeze. Trump only said that we’re stuck and that we should examine new ideas.”

Not true. Trump clearly said, “As far as settlements, I’d like to see you hold back on settlements for a little bit.” His tone was gentle, like a parent telling their 250 pound child they need to hold back on those Mars bars a little bit and do more sports. But there’s no denying that Trump was demanding a settlement expansion freeze.

Netanyahu, who heard the unabridged version in the Oval Office, told reporters after the meeting, as reported by Ha’aretz, that he was willing to examine with the Trump administration “reining West Bank settlement construction, as the US president had requested.”

The PM also stressed that this “holding back” will not apply to the planned 6,000 new settlement homes in Judea and Samaria, which will not be put on hold. He also insisted that the freeze he envisioned did not include eastern Jerusalem, stating, “On the issue of construction in Jerusalem our policy changed and it won’t go back.” No matter what comes next, in other words – Jerusalem is not part of the “occupied territories” in this US Administration’s view.

The left and the right remained stuck in their positions for and against the two state solution, without paying any attention at all to the new approach that was being signaled by Trump. So Habayit Hayehudi Chairman MK Naftali Bennett celebrated Netanyahu’s avoiding any direct reference to 2-state, and MK Tzipi Livni (Zionist Camp) warned against the “hemorrhaging” one-state.

Trump on Wednesday laid out his approach to the next stage in his peace plan by imposing a kind of corporate loyalty test. He will demand from both sides what he demands from his VPs: complete commitment to the boss and to his plans.

“I think that the Israelis are going to have to show some flexibility, which is hard, it’s hard to do. They’re going to have to show the fact that they really want to make a deal,” Trump insisted. As to the other side, he stated, “I think the Palestinians have to get rid of some of that hate that they’re taught from a very young age. They’re taught tremendous hate. I’ve seen what they’re taught. And you can talk about flexibility there too, but it starts at a very young age and it starts in the school room. And they have to acknowledge Israel – they’re going to have to do that. There’s no way a deal can be made if they’re not ready to acknowledge a very, very great and important country. And I think they’re going to be willing to do that also.”

The fact that Trump’s concerns as to the PA’s readiness to join the negotiations matched almost word for word Netanyahu’s reservations about the Abbas team’s readiness was no accident. Trump was clueing the Arab side in precise terms what it is they need to do in order to receive his support. And he also unmistakably schooled Netanyahu on the territorial concessions he, Trump, is expecting in return.

Ashraf Al Ajrami, a former PA minister, signaled on Thursday that his side is determined to continue with business as usual. If the two-state solution is not the agreed goal of negotiations, the Arabs will take up the struggle against the “occupation” as they have done before.

Jerusalem Under Attack 2021 – From Jerusalem With Love [audio] 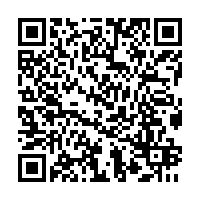