A Torah scroll was completed on Sunday in one of the oldest schools in Jerusalem — but it was not an ordinary Torah scroll; this one was written by more than 300,000 “good deeds.”

“Anyone who performed a good deed was asked to report it on a website designed specifically for this purpose, explained a representative from the Israel Goldstein Youth Village, which launched the project. “For every good deed reported, a letter was added to the Torah scroll. Jews from all around the world participated in this project.”


Hundreds of male and female students at the youth village, considered one of the top secular schools in Jerusalem, attended the inauguration of the Torah and were involved in inscribing the final letters in the holy scroll.

“The Talmud tells us that the best way to avoid hardships during the [period of the] coming of the Messiah is to combine Torah study with charity,” the Chief Rabbi told the gathering. “How can these two things be combined? This Torah scroll is the answer.

“A Torah scroll written entirely through good deeds. It is an honor for this school that we are all here together completing this unique scroll. The message for everyone here is to increase your Torah study and charitable endeavors.

“We therefore decided to focus on our Jewish identity, which is the common base of our student body. We represent the Jewish identity in all its shades and colors.

“You can find today in the audience people with a black kippah, a knitted Dati Leumi one, a white kippah or bare head. Speaking about our Jewish identity draws from our sincere respect toward everyone. Here, there is mutual respect that enables both differences and sharing.”

The new Torah scroll was written within the framework of ‘Jerusalem50’ — a project honoring the 50th anniversary of a unified Jerusalem — initiated by the Afikim Foundation, directed by Rabbi Raphael Butler, and Orot, headed by Rabbi Yehuda Polishuk. Both organizations actively endorse Jewish education in Israel and in the Diaspora.

Since the entire Torah scroll was written through good deeds, Rabbis Butler and Polishuk determined that it would be most appropriate to culminate the project and dedicate the scroll in a manner that would likewise promote charity and generosity.

The Hachnassat Sefer Torah ended at the ZAKA office that assists bereaved families; the plan is to lend this Torah scroll to houses of mourning as needed.

Lights Are Back on in Lebanon, For Now 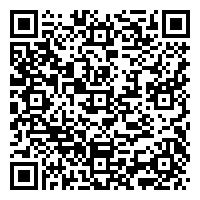