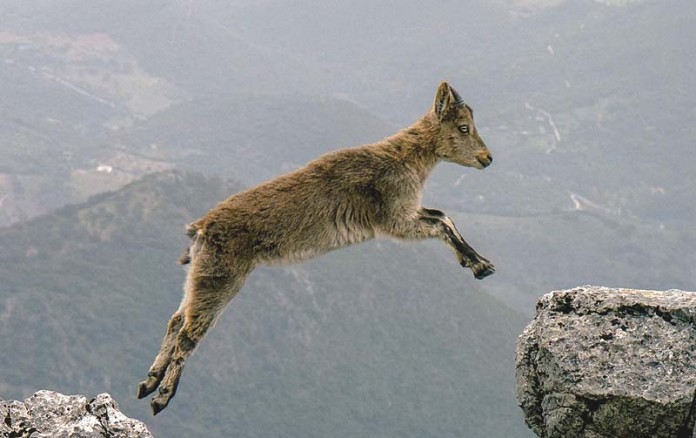 Yedidia Ephraim Meshulami, a farmer and father of 11 from the settlement of Itamar in Samaria, on Thursday filed a suit with the High Court of justice against the chief rabbinate, the government of Israel and the Knesset, asking for an emergency injunction to compel them to explain why they won’t declare 5780 a leap year and add a second month of Adar, as per Jewish law. 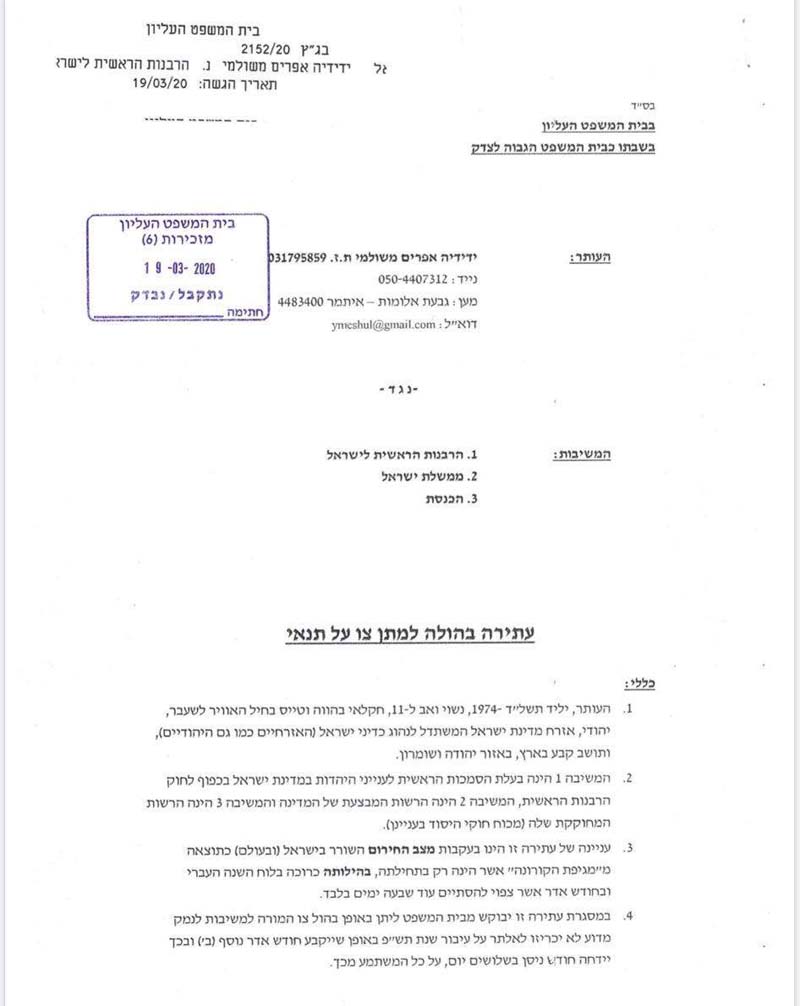 
Meshulami explains his reasons for demanding the injunction:

“First, it appears there’s no need to explain the severity of the situation in our country regarding individual freedom as well as public stability on issues of health, the economy, society, the courts, government and on and on – all of them as a direct result of only the coronavirus epidemic.

“It can be argued emphatically that in this situation which involves a crucial influence on the way of life in Israel in every area – it appears that ‘Ibbur hashana,’ the extension by one month of the Hebrew year, which would mean pushing off the Nissan holidays, would constitute ‘first aid’ for the Israeli society.

“It should be noted that the Holiday of Matzos (especially) has far reaching meanings for the Israeli public, as a whole and as individuals concurrently, both as the result of the Jewish customs as well as of the law forbidding chometz – which may be damaged irreparably as a result of the current situation.

“It is abundantly clear that the necessary preparations for the arrival of the holiday are significant for many citizens who follow Jewish customs (some more than others), as well as for all the state institutions which are obligated to rule on this matter.”

Jewish law does give the Sanhedrin (which was a mix of a religious authority, a parliament and a high court) the right to “impregnate” the year, meaning add a second month of Adar for several reasons, the most common of which is the need to maintain the balance between the 365-day solar year and the 354-day lunar year.

Three reasons are entertained by the Talmud for declaring an Ibbur: 1. The wheat stalks must be standing upright and ready for the harvesting of the Omer; 2. The fruits must be mature enough for the pilgrimage of Shavuot; and 3. It must be past the equinox – so that Passover fall in spring, and Sukkot in autumn.

Should two of the above three conditions not be met, Sanhedrin must meet to decide whether or not to impregnate the year. And this must be done by the Nissan 1st deadline. Of course, by many accounts, the decision was made well before the start of the new year, based on mathematical and astronomical calculations, otherwise known as “The Secret of the Ibbur,” which is the basis for our modern calendars.

The petitioner informed the court that the deadline this time around is Wednesday, March 25, 2020, by sunset, following which Rosh Chodesh Nissan will roll in and a suffering nation will have to start its Passover preparations under government curfew, in groups of no more than two, keeping a personal distance of two meters. Which is why the High Court is called on to save the day and force the religious, executive and legislative branches to take up the mantle of a Sanhedrin (this time around with 15 Arab members) and declare the next month Adar 2nd.

There are countless unintended consequences to the proposed action, not the least of which being that we’d have to celebrate Purim again, seeing as Purim falls on Adar II. Much worse than that would be making the seder night fall in May, Shavuot in late June, and Rosh Hashanah in mid-October, followed by Sukkot in November.

And there must be hundreds of more minor problems with this sweeping proposal. In the end, we’ll simply keep a more modest seder night and thank God who has kept us from the 10 plagues of Egypt. 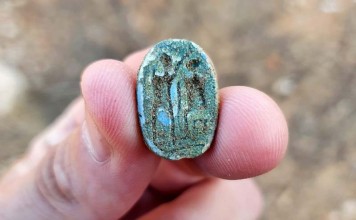 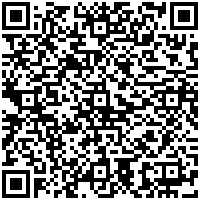