About two months after its swearing-in, the 21st Knesset voted Wednesday night to dissolve itself. Some of the newcomers to the House had barely had a chance to introduce themselves in their virgin speech before they were forced to raise their hands to shut down – and some of those may never return.

Likud’s top coalition negotiator Yariv Levin, attacked Israel Beiteinu chairman Avigdor Liberman on Thursday morning: “The other partners showed responsibility and were willing to make far-reaching compromises to meet Liberman [more than] half way – and everyone had agreed in advance he would receive a much larger share, just so he would have no excuse and no reason to enter the government.”

Levin revealed that Liberman, whose party had won a measly five seats in the Knesset (the Haredim won 16), “asked for three ministers and five government ministries.”
Levin continued the attack on the chairman of Israel Beiteinu: “Liberman has managed to bring down two right-wing governments in just a few months. The previous elections were also called early because Liberman had left [his post as DM in Netanyahu’s government]”

He added: “If you promise in advance that you are entering a right-wing government, you know that there would also be a contingency of Haredi parties. In my opinion, in the end, the way which he conducted himself meant simply deceiving his own constituency.”

Liberman responded on his Facebook page: “Unfortunately, the State of Israel is going to repeat elections because of Likud’s and the Haredi parties’ refusal to accept Israel Beiteinu’s proposal and to vote on the draft law in a second and third reading in its original version the way it was passed in the first reading – with the Haredi MKs not participating in the vote.”

Liberman called this Likud’s “surrender to the Haredim, and, as we have explained, we are natural partners in a right-wing government, but not in a halachic government.”

MK Miki Zohar (Likud) said in the plenum on Wednesday night that the alleged reason for the quarrel between the Haredim and Liberman was plain stupid. After all, the IDF is trying to cut the number of recruits in general and is not interested in Haredi soldiers, especially since, according to the current law, some Haredim would be drafted at the age of 26 and would receive outrageous salaries (for conscripts – DI) because they would already be married with children. The IDF does not want or need them – the entire draft law is intended to satisfy the desires of some secular Israelis who attack the Haredim with the slogan of “burden equality.”

Several Haredi MKs, including Moshe Gafni and Israel Eichler, were particularly angry at Liberman’s accusations that they were trying to turn Israel into a halachic state. Apart from the fact that there is no such thing as a halachic state, since halachah is basically a relationship between a disciple and his or her rabbi, and not between a state and its residents, for 71 years the Haredi parties have not tried to impose Torah laws on the state, other than to ensure that the state obey its own constitutional principles which recognize the importance of Shabbat and kashrut. The Haredim may be wrong, even unreasonable on occasion, but they don’t even dream of a state that’s run according to the Shulchan Aruch. Not before the arrival of Moshiach.

Liberman replied to Yariv’s claims about the political blackmail of Israel Beiteinu: “It should be noted that on our other demands there was some progress, but we did not reach final conclusions on any subject. And to my knowledge the Likud was unable to sign a coalition agreement with any faction. Therefore, it’s the Likud which is responsible for the fact that the State of Israel is going to repeat elections.”

Ha’aretz agreed with the Likud’s accusations, writing on Thursday morning: “In light of the frantic result, it would not be an exaggeration to conclude that Liberman simply decided to finish Netanyahu off. The Likudniks are right. On the morning of April 10 (the day after the last elections), one man woke up and decided that Netanyahu would not form a government. Unfortunately for Netanyahu, this man held the deciding vote.”

Gideon Levy, the leftist pundit the right loves to hate, identified with Netanyahu: “Liberman is riding on the back of the two most burning hatreds in the liberal camp: hatred of Netanyahu and hatred of the Haredim. He abused Netanyahu for his pleasure, and the [liberal] camp cheered. He was the one who created the crisis of the recent days, not Netanyahu.”

Levy also reminded his mostly leftist readers that “the suspicions against Netanyahu pale like snow compared with the suspicions that stood against Liberman once was facing ended in nothing, under peculiar circumstances.”
He added: “Israel Beiteinu is certainly much more rotten than the Likud, and far less democratic; Liberman’s statements attest to the fact that he is far darker a racist and a nationalist than Netanyahu, but for those calling for Netanyahu’s head, this is not the time for a logical examination of political positions.” 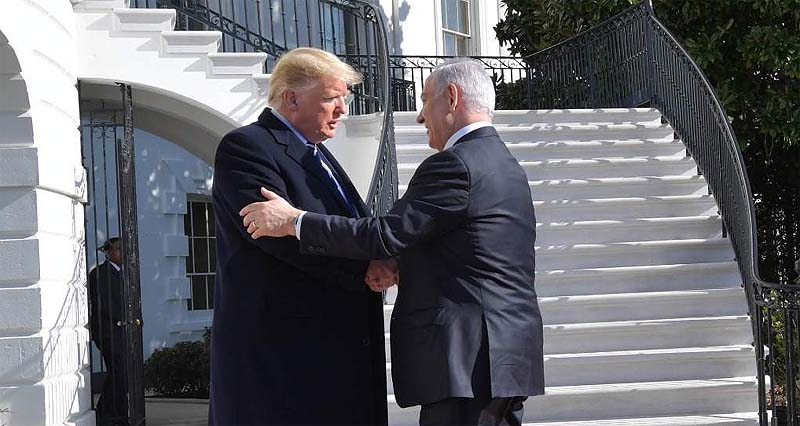