MK Sharren Haskel (New Hope), a native of Toronto, Canada who chairs the Knesset Education, Culture, and Sports Committee, on Monday announced that a dedicated subcommittee would be formed to deal with state-Haredi education.

“The subcommittee will draw up the state-Haredi education law and will regulate the matter for the first time via orderly legislation,” MK Haskel told her committee members, adding, “We will do this in cooperation with the Haredi department of the Ministry of Education, the Ministry of Finance, and leading figures in Haredi society, in order to find the right format that would help Haredi children realize their potential in any path that they choose.”


“Until now, this issue was a hot potato that no one wanted to touch, but now, in the current Government, we have a chance to make the necessary changes that even the representatives of the Haredi public want but aren’t capable of making,” Haskel promised.

According to the 2020 annual report by State Comptroller Netanyahu Engelman, about 20% of Israel’s students in the school year 2009/10, or about half a million children and teenagers, were registered as Haredim. The report focused on boys, and noted that 84% of high school students chose to attend yeshivot ktanot for high school, where they did not study any math, English, or science. In elementary schools, which are legally obligated to teach the core curriculum subjects, only 44% of students studied them in depth.

The results have been seen in the eligibility data for certification of matriculation: only 3% of boys who completed twelfth grade in a Haredi school in 2017 qualified to take the tests, compared with 68% in the general population and 79% in the non-Haredi Jewish public.

MK Haskel said she hoped that the current Knesset would put an end to the education crisis which, as she put it, could endanger the future of the State of Israel.

“In the Haredi sector there are geniuses who are not realizing half of their potential,” Chairperson Haskel said. “There are a million professions they could learn, develop, and apply their great potential to the fullest (statistically questionable, but as long as no one takes core curriculum subjects we’ll never know – DI). No Haredi child is less smart than any other child; the main difference between them is that when they get to high school or to university, the secular students had been given proper tools to realize their potential, but the Haredi students were kept in a golden cage that doesn’t let them choose. No one in the Ministry of Education can choose for them what they will learn.”

MK Yossi Shain (Yisrael Beitenu, not great fans of Haredim), told the committee: “Haredi education is currently about 30% of the education in the Jewish society. However, an overwhelming majority of these students don’t study the core curriculum subjects, and the eligibility rate of Haredi men for a matriculation certificate only stands at about 16% (a later figure – DI). In addition, budgeting in the Haredi political systems is not properly supervised, and Haredi schools that don’t have strong political backing are severely harmed—to the point of denying basic schooling to their students.”

“This is the result of Israeli politics, which for the sake of a full right-wing coalition enabled the Haredim for years to obtain huge budgets without supervision, while causing significant harm to the Haredi students themselves, who will be unable to participate in the future in the Israeli job market and are fated to be second-class citizens in the Israeli startup state. These trends have to be fundamentally changed so that we can preserve the Israeli startup nation,” MK Shain concluded.

In the Haredi sector there has been fierce opposition expressed to core curriculum studies. A 2004 gathering of the Council of Torah Scholars decided to postpone the program, even at the cost of losing financial support from the Ministry of Education. As soon as the core curriculum committee’s recommendations were presented, the struggle of the Haredi sector in the Ministry of Education began. They appealed to the High Court of Justice to cancel the program for the Haredi institutions. But the High Court ruled that if the program is not implemented, the State of Israel should cut the education budgets of the Haredi sector.

Since then, a succession of coalition governments that included the Haredi parties (starting in 2015) have torpedoed any large scale attempt to impose the program in Haredi institutions. 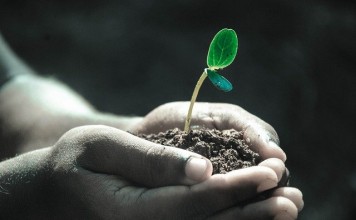 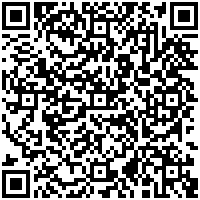