Over the holiday of Rosh Hashanah in the Ukrainian city of Uman, United Hatzalah volunteers treated 576 people who suffered injuries or illnesses.

Uman is a city located in central Ukraine, on the banks of the Umanka river. Every Rosh Hashana, a major pilgrimage of tens of thousands of Breslov Hasidim (this year an estimated 35,000) takes place from Israel and around the world to the burial site of the Rebbe Rabbi Nachman of Breslov, located on the former site of the Jewish cemetery in a rebuilt synagogue. Reb Nachman spent only the last five months of his life in Uman and requested to be buried there. As believed by the Breslov Hasidim, before his death he solemnly promised to intercede on behalf of anyone who would come to pray on his grave on Rosh Hashana, “even the worst of sinners.”


This year, Rabbi Eliezer Berland was not permitted to enter Ukraine by the local authorities, even though he had received permission from Israel to visit Reb Nachman’s gravesite.

The injured among the Hasidim mainly sustained contusions, abrasions, broken bones, shortness of breath, and other moderate and minor injuries. There were two incidents of cardiac-related illnesses and the patients were transported to a hospital in Odessa for immediate treatment.

Mattis Shapira, Chapter Head of United Hatzalah in Uman said, “Thankfully there were no ‘out-of-the-ordinary’ events that took place throughout the holiday. We had 576 calls that reached our dispatch and command center over the holiday and our volunteers responded, treating many of the people at the sites of the emergencies. United Hatzalah ambulances transported those who needed further medical care to a hospital in Odessa and a medical clinic in Uman, which is located near the main Breslov center in town.” 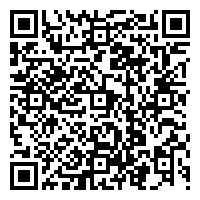