Best selling Author JK Rowling’s effusive support for an online crowdfunding campaign begun by Muslims to help repair a vandalized Jewish cemetery in Missouri tripled the campaign’s contributions overnight, from about $22,000 to $56,00.

University City, MO Police are still investigating the case of individuals who knocked over or damaged more than 100 tombstones at the Chesed Shel Emeth Jewish cemetery last Thursday morning. Police have not yet called the act of vandalism a hate crime.


At 5 PM on Tuesday, Linda Sarsour of MPower Change and Tarek El-Messidi of CelebrateMercy, the two Muslim individuals who had initiated the campaign wrote on their Launchgood.com page: “We are overjoyed to reach our goal of $20,000 in three hours. Please note that we are still accepting funds. Any additional funds raised in this campaign will assist other vandalized Jewish centers nationwide.”

Sarsour and El-Messidi wrote earlier that “the Muslim-American community extends our hands to help rebuild this sacred space where Jewish-American families have laid their loved ones to rest since the late 1800’s. Campaign proceeds will go directly to the Chesed Shel Emet Cemetery in lieu of the recent damage. Any remaining funds – after the cemetery is restored – will be allocated to repair any other vandalized Jewish centers.”

But then, around midnight Tuesday, JK Rowling tweeted her enthusiastic support for the project: “This is such a beautiful thing,” and the floodgates opened. The tweet received around 10,000 retweets and more than 30,000 likes, and the sudden increase in traffic crashed the campaign’s page. 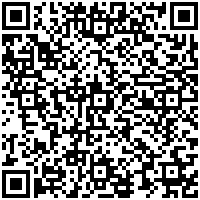