Tom Mountain, vice chairman of the Massachusetts Republican State Committee, told WJAR in Providence, Rhode Island, believes he contracted COVID-19 at a White House Chanukah party. He shared photos with the NBC affiliate from the Dec. 9 party, showing himself and other guests not wearing a facemask.

Vice Chairman of the Massachusetts Republican Party Tom Mountain believes he contracted COVID-19 at a White House Hanukkah party. He’s urging others to wear a mask. He had to go to the hospital twice and believes he got four family members sick. #WCVB pic.twitter.com/j7Cj9p1M7C

“People would just leisurely and gingerly take off their mask to mingle, to schmooze. I don’t even think some people wore masks the entire time,” he recalled. “And again, I was guilty as anyone else. I just wasn’t wearing a mask.”

Mountain said he had to go to the hospital twice and believes he got four family members sick. “My family tried to dissuade me,” he said. “I didn’t listen.”

Asked by reporter Tyler Dumont why, after “public health officials have been urging people for months not to gather together,” did he attend the party, Mountain said, “I was really politically and morally obligated to go.”

When he returned home he took the coronavirus test, but even before receiving the positive result, he started feeling “severe cough, chills, fever, upset stomach, extreme fatigue.” “I was deteriorating rapidly anyway,” he said, adding: “When I went down to Washington, DC for the White House Chanukah event, I was perfectly fine, and three days later after that event, I was in the hospital at Brigham and Women’s ready to be put on a lifesaving ventilator.”

Mountain is recovering at his home in Newton. “I think that, like many people, I felt as though I was invincible and felt that it wouldn’t affect me and I don’t have to wear a mask the entire time,” he told station WCVB.

Mountain told WJAR that his family members are recovering from the virus, but many of his own symptoms have not gone away. “Wear a mask,” he told viewers who are planning to celebrate the new year. “Stay as far away from people as possible. If you’re going to have New Year’s events, do it outside.” 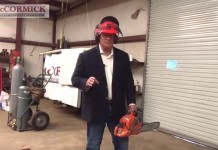 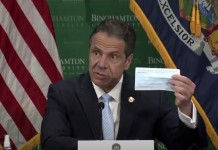