The Knesset Committee on Immigration, Absorption and Diaspora Affairs on Monday held its first meeting, remotely, with leaders of the Jewish community in the United Arab Emirates (UAE). There are an estimated 1,000 Jews who arrived from Germany, Belgium, France, Switzerland, the UK, North America, South Africa, Australia, and Arab countries and have settled in the UAE.


According to Minister of Diaspora Affairs MK Omer Yankelevitch (Blue & White), great efforts are being made within Jewish communities in Arab countries, and soon a new synagogue will be dedicated in the UAE. Jewish Agency Director-General Amira Ahronoviz said the UAE’s Jewish community is expected to grow as entrepreneurs will be seeking opportunities there.

Some 10,000 Israeli tourists are expected to visit the UAE each month, Ahronoviz said, noting that a Jewish Agency emissary will be arriving in the UAE as early as next week to work with the local Jewish community.

UAE Chief Rabbi Yehuda Sarna spoke at the video conference about other rabbis who are active in the emirates, about the construction of another synagogue, and a plan for a meeting between Israeli and Emirati youngsters.

Rabbi Dr. Elie Abadie, a senior rabbi in the Jewish community of the Emirates, spoke about the uniqueness of the community and the openness and tolerance in his country. Ross Kriel, President of the Jewish Council of the Emirates, expressed optimism regarding future cooperation with civil society in the UAE.

MK Michal Wunsh (Blue & White) said: “This is a historic day, mainly because today is the [Day to Mark the Departure and Expulsion of Jews from the Arab Countries and Iran]. In the Knesset, we have to understand the needs of the communities and what must be done to strengthen the relations between us.”

MK Andrey Kozhinov (Yesh Atid-Telem) said the meeting reminds him of the fall of the Iron Curtain, and MK Yosef Taieb (Shas) noted the importance of opening a Jewish school for education and identity in the UAE.

Eric Fingerhut, President and CEO of the Jewish Federations of North America, said several delegations of the American Jewish umbrella organization had traveled to the UAE before the signing of the Abraham Accords, “and they all saw great potential for future progress in the relations between the UAE and the State of Israel.” 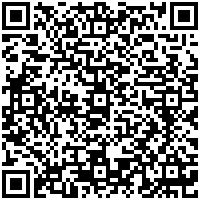