Once upon a time, an elderly Chaldean man brought his son there and erected an altar, probably right where the paved courtyard is stretching today, near the northern edge of this magnificent, flat mountaintop. Another time, a lad in his sixties fell asleep there dreaming about angels and ladders, and when he woke up in the middle of the night, he realized that this was not an ordinary place but The Place which puts everything else in a different perspective, including one’s dreams, but mainly one’s wakeful hours. Another time still, a redheaded Jewish king bought the place for all eternity from its Jebusite owner for 600 gold shekels. And one warm morning, on the fifty-fifth anniversary of its liberation from the gentiles who lived across the river Jordan, a rambunctious Jewish parliamentarian walked up to this holiest place on the planet, the Temple Mount, and claimed it once again for a nation that’s slowly reawakening from a slumber of two millennia.


Otzma Yehudit Chairman MK Itamar Ben Gvir arrived Sunday morning, Iyar 28, at the Temple Mount under police security. The police allowed Ben Gvir to reach The Place despite fears of Arab violence. Last month, Prime Minister Naftali Bennett prevented Ben Gvir from reaching the Damascus Gate as part of a parade around the Old City, following a recommendation by the Shin Bet chief and the police commissioner. Both security officials were of the opinion that giving in to Arab threats of violence would only invite bigger threats.

When did Israeli security officials become so sensible?

Frankly, it should have been Prime Minister Naftali Bennett leading ten thousand Jews onto the Temple Mount. He could transition our nation from the dungeons of fear to the bright, open air, to our holy father’s home. No one and nothing could stop him.

The police have completed their preparations for the events of Jerusalem Liberation Day, especially the traditional flag parade. 3,000 policemen were deployed in the Old City, mostly along the planned route of the flags parade.

English language reports have been using the terms flags parade and flags march interchangeably. I feel the appropriate word is parade. It’s softer. Marches are for the military. Flags parades conjure the image of happy Jewish boys and girls filling up the streets with glee and a waving, blue and white sea. Check out George Carlin’s bit on Baseball vs. Football.

Back on the sacred mountain, Police prevented PA Arab journalists from entering the Temple Mount. Some local police officer asked for the Waqf director’s approval for their entry––proving that 55 years of a sniveling submission don’t go away overnight––but even after the Waqf man approved, the journalists were not allowed to enter.

Hundreds of Jews ascended on Sunday morning in groups to the Temple Mount with police approval, and are under heavy police security. Hundreds of Arabs are screaming at them, and some have barricaded themselves inside the al-Aqsa Mosque and started throwing stones from there.

Police said masked Arabs fired fireworks from inside the mosque but noted that Jews’ visits to the mountain continue as usual.

Late Prime Minister and former commander of the Lehi underground Yitzhak Shamir’s favorite saying was, “The dogs bark, and the caravan moves on.” It’s a good saying.

Hamas spokesman Fawzi Barhoum was quoted by Israeli media as declaring: “The campaign for Jerusalem and al-Aqsa is holy and open, we will not stop except in achieving our goals of liberating and establishing a Palestinian state with Jerusalem as its capital.”

Like I said, dogs bark, caravan moves on, wrapped in a magnificent sea of blue and white. It’s going to be exciting over here, do stay tuned. 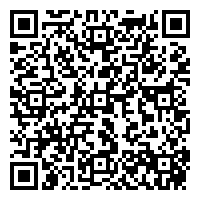