In 1961, Yevtushenko wrote his most famous poem, “Babi Yar,” in which he denounced the Soviet distortion of historical fact regarding the Nazi massacre of the Jewish population of Kiev in September 1941, as well as the anti-Semitism still widespread in the Soviet Union.


Soviet policy regarding the Holocaust in Russia was to describe it as general atrocities against Soviet citizens, and to avoid mentioning that it was a genocide of the Jews. However, Yevtushenko’s Babi Yar described both the Nazi atrocities and the Soviet government’s own persecution of Jews.

No monument stands over Babi Yar.
A drop sheer as a crude gravestone.
I am afraid.
Today I am as old in years
as all the Jewish people.
Now I seem to be
a Jew.
Here I plod through ancient Egypt.
Here I perish crucified on the cross,
and to this day I bear the scars of nails.
I seem to be
Dreyfus.
The Philistine
is both informer and judge.
I am behind bars.
Beset on every side.
Hounded,
spat on,
slandered.
Squealing, dainty ladies in flounced Brussels lace
stick their parasols into my face.
I seem to be then
a young boy in Byelostok.
Blood runs, spilling over the floors.
The barroom rabble-rousers
give off a stench of vodka and onion.
A boot kicks me aside, helpless.
In vain I plead with these pogrom bullies.
While they jeer and shout,
‘Beat the Yids. Save Russia!’
Some grain-marketer beats up my mother.

O my Russian people!
I know
you
are international to the core.
But those with unclean hands
have often made a jingle of your purest name.
I know the goodness of my land.
How vile these antisemites—
without a qualm
they pompously called themselves
the Union of the Russian People!
I seem to be
Anne Frank
transparent
as a branch in April.
And I love.
And have no need of phrases.
My need
is that we gaze into each other.
How little we can see
or smell!
We are denied the leaves,
we are denied the sky.
Yet we can do so much—
tenderly
embrace each other in a darkened room.
They’re coming here?
Be not afraid. Those are the booming
sounds of spring:
spring is coming here.
Come then to me.
Quick, give me your lips.
Are they smashing down the door?
No, it’s the ice breaking . . .
The wild grasses rustle over Babi Yar.
The trees look ominous,
like judges.
Here all things scream silently,
and, baring my head,
slowly I feel myself
turning grey.
And I myself
am one massive, soundless scream
above the thousand thousand buried here.

I am
each old man
here shot dead.
I am
every child
here shot dead.
Nothing in me
shall ever forget!
The ‘Internationale,’ let it
thunder
when the last antisemite on earth
is buried for ever.
In my blood there is no Jewish blood.
In their callous rage, all antisemites
must hate me now as a Jew.
For that reason
I am a true Russian!

The poem was published in a major newspaper, “Literaturnaya Gazeta,” reached widespread circulation and later was set to music by Dmitri Shostakovich in his Thirteenth Symphony, subtitled Babi Yar. Shostakovich said about Yevtushenko’s work, “Morality is a sister of conscience. And perhaps God is with Yevtushenko when he speaks of conscience.”

Yevtushenko’s detractors found fault in his working within the system, and never becoming a dissident. While anti-Soviet dissidents were exiled to labor camps, Yevtushenko continued to be showered by the establishment with awards, he was allowed to travel abroad, and became a media superstar. The exiled poet Joseph Brodsky said that Yevtushenko “throws stones only in directions that are officially sanctioned and approved.”

In 1989, Yevtushenko was elected as a representative for Kharkov in the Soviet Parliament, as member of the pro-democratic group supporting Mikhail Gorbachev. In 1991, he supported Boris Yeltsin during the coup attempt against Gorbachev’s Perestroika.

In the post-Soviet era Yevtushenko focused on environmental issues, debated Russian Nationalists, and campaigned for the preservation of the memory of victims of Stalin’s Gulag.

In 1995 Yevtushenko published his enormous anthology of contemporary Russian poetry titled Verses of the Century.

After October 2007, Yevtushenko divided his time between Russia and the United States, teaching Russian and European poetry and the history of world cinema at the University of Tulsa in Oklahoma and at Queens College of the City University of New York. 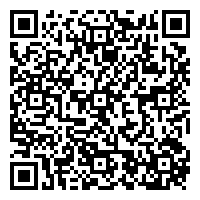