Modi was greeted with a warm hug by Israel’s Prime Minister Benjamin Netanyahu the second his feet hit the red carpet at the bottom of the aircraft’s staircase. He was quickly taken through a reception line to shake hands with every major religious leader in the State of Israel, as well as all of the government cabinet members and main government staff leaders.

The prime minister will spend the next three days accompanying Modi on his first visit to Israel — an historic first for a sitting prime minister of India — as he visits various cities and regions in the Jewish State.

Modi is slated to address some 5,000 Israelis and others of Indian ancestry in a special rally Wednesday evening at the Tel Aviv Fairgrounds sponsored by the Embassy of India. He will also visit the Yad Vashem Holocaust Memorial Museum and numerous other traditional sites while in the country.

The visit of India’s head of state — who is seen as the “rock star of global diplomacy” — marks 25 years of diplomatic relations between Israel and India, and will also see the signing of new defense contracts between the two countries, in addition to agreements in the fields of innovation, agriculture, technological advances, science and medical research.

Modi is also scheduled to meet with young Moshe Holtzberg, who at two years old was the sole Jewish survivor of the terrorist attack in Mumbai that claimed the lives of his parents, Chabad-Lubavitch emissaries, Rabbi Gavriel and Rivka Holtzberg, z’l, co-directors of Nariman House, as well as four other Jews. A total of 164 people were murdered and 308 wounded in 12 separate attacks in Mumbai by 10 members of Lashkar-e-Taiba, a radical Islamic terrorist organisation based in Pakistan, in a three-day period ending November 29, 2008. 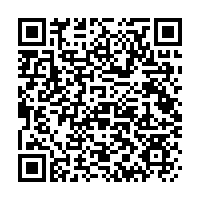