The Paris-based Institut du Monde Arabe (Institute of the Arab World or IMA), which was founded in 1987 by French President Francois Mitterrand to provide information about the Arab world, is under a fierce attack by supporters of the Boycott, Divestment, and Sanctions (BDS) movement over an exhibition devoted to Jewish communities in the Middle East, The Tribune Juive reported on Sunday.

In December 2021, 52 Arab intellectuals signed a letter of protest IMA’s “Jews of the Orient” exhibition which had opened in late November by President Emmanuel Macron. The letter senders were enraged by the participation of Israeli institutions, including the Israel Museum in Jerusalem, which provided content for the exhibition in the IMA imposing center on the left bank.

Of course, Israel was not the only source for the exhibition. In addition, museums and research centers in France, the United Kingdom, Morocco, Spain, and the United States have provided manuscripts, photographs, paintings, and other documents illustrating the religious and cultural life of the Jewish communities in the Arab world.

The letter attacked Denis Charbit, an Israeli leftist scholar and a member of the exhibition’s organizing committee, for hailing the participation of Israeli institutions as the fruit of the historic Abrahamic Accords peace agreements that were signed in 2020 between Israel and several Arab countries.

These nations—the UAE, Bahrein, Morocco, and Sudan were among the eighteen Arab countries that helped establish the IMA in 1987.

Claiming that the IMA is “betraying its intellectual mission” by “normalizing” and “standardizing” cooperation with Israel, the letter denounces attempts “to present Israel and its regime of settler colonialism and apartheid as a normal state.” “It is unfortunate that people who claim to be intellectuals are participating in an attempt to cover up an entire part of the history of the Middle East,” an embassy spokesperson told AFP.

The Israeli Embassy in Paris sharply criticized the letter, and accused its authors of trying “to rewrite and obscure the history of Jews in Arab and Muslim countries.”

The signatories also accused the exhibition of having “appropriated the Jewish component of Arab culture, presenting it as Zionist, then Israeli, before tearing it from its true roots to use it in the service of its colonial project in the region.”

Among the signatories are Joseph Massad, a professor at Columbia University, who has been accused of antisemitism on several occasions, veteran PLO politician Hanan Ashrawi, and musicians Marcel Khalife and Natasha Atlas. Atlas, whose father is Jewish, was born in Belgium, converted to Islam under the name of Aziza, and has refused to visit Israel, fearing for her reputation in the Muslim world. Now, there’s a fine addition to the IMA exhibition, methinks.

In its response to the letter, the IMA stressed that the institution and its chairman, former Socialist education minister Jack Lang, continue to support the “Palestinians’ right to their own state.” But Le Parisien on Wednesday quoted an anonymous IMA official who confessed the institute was troubled by “the virulence of BDS’s tone regarding an exhibition of recognized scientific quality.”

The BDS movement’s leadership has responded that the IMA would remain a target of their campaign as long as it cooperates with Israel.

Tel Aviv University graduate and founder of BDS Omar Barghouti told AFP: “In exactly the same way that apartheid in South Africa was boycotted, apartheid Israel must be isolated in the name of freedom, justice, and equality for the Palestinians.” Barghouti warned the IMA that it “would eventually lose its credibility with the Arab public as well as Arab culture celebrities.”

Well, no more invites to TAU alumni reunions for this graduate, I say. 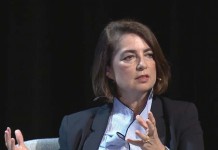 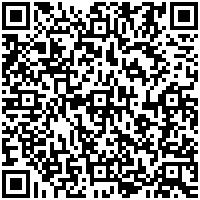