Entesar Al-Hammadi, 20, a Yemeni model and actress, and two of her friends, were abducted on a street in Sanaa by the Houthi Iranian proxy militia on February 20. The kidnapping was part of a string of attacks by the Houthis on dissidents and liberal women in the areas under their control.

Al-Hammadi’s father is Yemeni and her mother Ethiopian mother. She has worked as a model for four years and acted in two Yemeni TV series in 2020. Her relatives told Human Rights Watch that she is the sole breadwinner for her family of four, including her father, who is blind, and her brother who has a physical disability.


Al-Hammadi’s attorney said that on February 20, Houthi forces stopped the car in which she was riding with three other people in Sanaa and arrested all of them. The Houthis claimed they arrested her because she was riding in a car with a man accused of dealing drugs. Her attorney said, “her phone was confiscated, and her modeling photos were treated as an act of indecency and therefore she was a prostitute.” He said that prison guards verbally abuse her, calling her “whore” and “slave,” because of her dark skin and Ethiopian origin.

The kidnappers blindfolded al-Hammadi and her female friend and took them to the criminal investigations building, where they held Al-Hammadi for 10 days without access to the outside world.

In March, the Houthis transferred her to the Central Prison in Sanaa. In June, the Houthis brought al-Hammadi twice before the Sanaa Court on charges of committing an indecent act and drug possession, her attorney told Human Rights Watch. Since his appointment in March, her attorney has been denied access to court documents and barred from appearing in court, presumably because he made public comments on the case.

Human Rights Watch has been informed that the Houthis forced al-Hammadi to sign a document while she was blindfolded during an interrogation session (Yemen: Houthis Subject Model to Unfair Trial). They also offered to release her if she helped them entrap their enemies with “sex and drugs.” They would also like to subject her to a chastity test.

Her attorney related that on April 27, while he was sitting in a cafe in Sanaa, “a man in plainclothes came to me and asked me if I was Intisar al-Hammadi’s lawyer and I said yes, then he told me that my family and I would pay the price if I don’t quit al-Hammadi’s case.”

Michael Page, deputy Middle East director at Human Rights Watch, said “the Houthi authorities’ unfair trial against Intisar al-Hammadi, on top of the arbitrary arrest and abuse against her in detention, is a stark reminder of the abuse that women face at the hands of authorities throughout Yemen. The Houthi authorities should ensure her rights to due process, including access to her charges and evidence against her so she can challenge it, and immediately drop charges that are so broad and vague that they are arbitrary.

The UN Group of Eminent International and Regional Experts on Yemen reported in 2020 that the Yemeni government, the Houthi armed group, and the Southern Transitional Council-affiliated Security Belt forces abused women and committed acts of gender-based violence, including sexual violence. 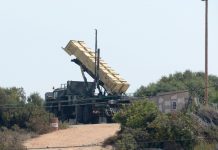 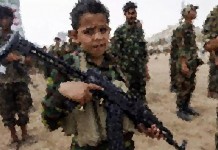