Three years after the mysterious and brutal murder in Jerusalem of a couple in their 70s, the capital’s police announced Thursday that it had solved the case and had arrested an Islamic terrorist from Hebron.

The couple, Tamar and Yehuda Kaduri, was found dead in January 2019 in their Armon Hanatziv apartment with signs of violence and stab wounds to their bodies. The two were believed to have been dead for several days before they were found.


Following a joint operation by the Israel Police and the Shin Bet security service, the murders were solved, as well as another attempted murder of a young woman in Jerusalem and a murder on a Moldavian worker in Jerusalem last month, all of which were carried out by a terrorist who identified with the Islamic State (ISIS) terror organization.

The first murder was that of the Kaduri couple in January 2019, and the second case occurred last month, in which a Moldavian citizen named Ivan Tarnowski was killed and another Moldovan citizen who was with him was injured.

A few hours after Tarnowski’s murder in March, Border Police arrested Wassim Assayed, 34 from Hebron, who was in the city illegally. The suspect was arrested while trying to cross the security fence. He was armed with a knife which was then linked to the murders.

Assayed was transferred to the Shin Bet for questioning due to his identification with ISIS and on suspicion of his involvement in terrorist activities and intent to carry out an attack. Assayed was arrested only four days after being released from more than two years of administrative detention for his involvement in terrorist activity, thus explaining his disappearance from the scene in 2019.

The investigation indicated that Assayed was connected to the murder of Tarnowski and the injury of another person in Jerusalem hours before his arrest.

The investigation further revealed that Assayed murdered Tamar and Yehuda Kaduri at their home in Jerusalem. A day before, Assayed stabbed an Israeli girl in the same area and injured her, also a terror attack.

Between 2015 and 2018, prior to the January 2019 terror attacks, Assayed was in prison due to membership in an ISIS cell that planned to carry out attacks against Israeli targets. After his release from prison in Israel, he was detained by the Palestinian Authority for several months and was released in January 2019. A few days after his release from PA custody, Assayed was arrested again by Israeli security forces, and prosecuted for incitement and membership in a terror organization. After his imprisonment, he was transferred to administrative detention for about two and a half years, from which he was released only recently. In the few days he was not in prison in January 2019 he murdered the Kaduri couple and injured a girl in a stabbing attack, and immediately upon his release from prison in 2022, he carried out another attack, murdering a Moldavian worker and wounding another.

The terrorist stated in his interrogation that his activity “stemmed from his support for the ideology of the Islamic State, to which he had previously sworn allegiance,” the police stated.

The terrorist reenacted all three murders for the police.

The Jerusalem District Attorney’s Office filed a prosecutor’s statement in court on Thursday on its intention to file an indictment against Assayed in the coming days. 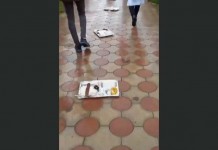 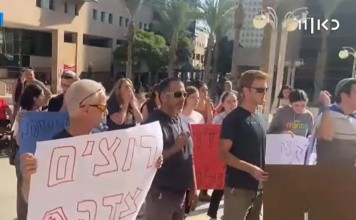 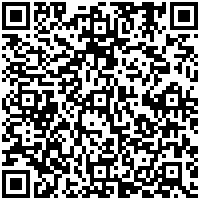