Russia has completed the first delivery of S-300 systems to Syria, including 49 units of equipment-related components such as radar, basic target acquisition systems, command posts and four launchers, according to Shoigu.


Israeli Defense Minister Avigdor Liberman on Wednesday told Kan, Israel’s Public Broadcasting Corporation, that Israel won’t give up its operations inside Syria, despite the S-300 systems.

Vershinin, for his part, noted that in 2013, Russia heeded Israel’s wishes and suspended deliveries of the S-300 to Syria, but now the situation has changed, “and not through the fault of Russia.” Israel received the same concession regarding selling the S-300 to Iran.

The problem with the S-300 Israeli military experts described back in 2013 was not the systems’ capacity to repel attacks of Israeli warplanes – the IDF has developed methods to deal with anti-aircraft defense systems, and would likely crack this one, too. The problem has to do with the Russian system’s ability to switch to an attack mode and attack civilian aviation in Israel, in and around Ben Gurion International Airport.

US State Department Spokesperson Heather Nauert told reporters on Tuesday that the US views the deployment of Russia’s S-300 surface-to-air missile systems as an escalation. “That would be a – I think sort of a serious escalation in concerns and issues going on in Syria, but I just can’t confirm it, so I don’t have anything more for you on that right now,” she said.

A well crafted response it was, too. 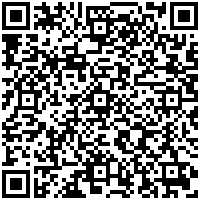