Prime Minister Benjamin Netanyahu announced Sunday that he will meet with Russia’s President Vladimir Putin in the coming days.


This will be the fourth such meeting between the two leaders this year; they last met in July in Moscow, but have had several telephone conversations since that time.

Netanyahu has said that Israel will act ‘as necessary’ to prevent Iran from establishing a permanent military presence in Syria, and to stop Tehran from transferring lethal weaponry to Hezbollah in Lebanon.

Russia has recently installed its advanced S-300 missile defense system in Syria, following an incident in which Syrian military forces shot down a Russian reconnaissance aircraft during an Israeli air strike against an Iranian military site near Latakia.

Syrian aerial defense systems fired missiles at the Israeli warplanes during the strike, and at anything else in the area, apparently – including the Russian spy plane – missile the Israeli aircraft but hitting the Russians. All 15 crew members aboard the plane were killed. 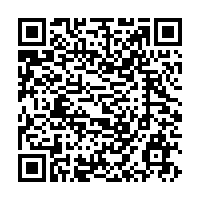