While the world is focused on the flaming rhetoric continuing to bounce back and forth between North Korea’s Kim Jong-un and U.S. President Donald Trump, a British military expert is quietly worrying about Pyongyang’s huge stockpile of the deadliest chemical weapons ever created.

“The chance that North Korea might provide jihadis with some of their chemical or nuclear capability is a huge concern at the moment,” acknowledged Hamish de Bretton-Gordon, former commanding officer of the UK Chemical, Biological, Radiological and Nuclear Regiment (CBRN) and NATO Rapid Reaction CBRN Battalion, who spoke with NBC News at the Defense and Security Equipment International Conference in London.


“What some people forget . . . is that in 2006 North Korea helped [Syrian President Bashar al-] Assad and his regime set up their own nuclear program, which was destroyed by the Israelis.

De Bretton-Gordon, a chemical weapons expert and chief operating officer of SecureBio Limited, added that “only as recently as a few weeks ago, the Organization for the Prohibition of Chemical Weapons intercepted two North Korean ships heading towards northern Syria with equipment to make chemical weapons.”

According to the Center for Nonproliferation Studies (CNS), North Korea has a stockpile of 2,500 to 5,000 metric tons of chemical weapons – including a large supply of VX, the deadliest nerve agent ever created.

De Bretton-Gordon said even a “microscopic amount” of VX can kill. That particular nerve agent — with which Kim Jong Un had his half-brother Kim Jong Nam assassinated at Kuala Lumpur Airport — is banned under numerous international conventions and was designated a weapon of mass destruction (WMD) under a United Nations resolution as far back as April 1991.

The chemical weapons expert believes Pyongyang has a full 5,000 metric tons of VX, and he told NBC News that North Korea might indeed pack a warhead with the nerve agent, rather than a nuclear weapon.

“We know they have missiles capable of firing 4,000 to 6,000 miles, probably with a payload of half a ton, so half a ton of VX in those missiles could kill tens of thousands of people, and they could do that now – so that is a genuine concern,” he said.

De Bretton-Gordon added that tightening sanctions may also have the effect of prompting the Kim regime to sell some of its chemical weapons stockpile. 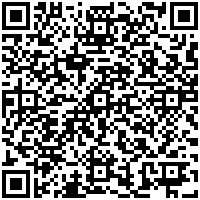