Have Islamic terrorism and violence – in Muslim and non-Muslim countries – been extrinsic or intrinsic elements of Islam?

Christianity is on the verge of extinction in the Middle East. In the past century, over 50% of Middle East Christians emigrated or were killed. According to the May 13, 2015 US House Foreign Affairs Committee testimony, “Christianity could be eradicated from large swaths of the Middle East in the next five years…. In the last decade, the Christian community in Iraq has plummeted from 1.5 million to under 300,000, half of whom are displaced…. [In Muslim countries], there is also real persecution of [Muslim] Yazidis, Turkomen, Shia and Sunni….”

The New York Times reported: “Nearly every day seems to bring a new horror to the streets of Western Europe…. Death and injury have been dealt out by truck, ax, handgun, kebab knife and bomb….”

This background – which is consistent with inter-Muslim relations since the rise of Islam in the seventh century – begs the following questions:

1. Is it logical to assume that dramatic concessions to rogue Muslim regimes would convince them to accord “the infidel” that which they have denied their fellow-“believers” for 1,400 years: peaceful-coexistence and tolerance?

2. What are the roots of Muslim aggression against “believers” and “infidels”?

3. Is Muslim contempt toward Western culture extrinsic or intrinsic to Islam?

4. Has the absence of democracy and civil liberties, in all Arab countries, been consistent or at variance with Islam?

5. Why is Muslim violence intensifying in Europe – as Muslim immigration to Europe is expanding – despite the goodwill showered upon the Muslim world and Muslim immigrants by most European governments and societies?

6. Why has there been an expansion of no-go zones in European cities – forbidden to Christian “infidels” – simultaneously with the proliferation of Muslim organizations, in Europe, calling for Jihad (holy war against the “infidel”)?

7. Is the motto of the Muslim Brotherhood – the largest Islamic transnational terror organization – consistent or at variance with Islam: “Allah is our objective, Muhammad is our leader, the Quran is our constitution, Jihad (holy war) is our venue and Shuhada (martyrdom) on behalf of Allah is our wish”?

8. Why has the US – which has never ruled Muslim societies – been targeted by Islamic violence/terrorism, while the USSR/Russia – which has aggressively ruled over millions of Muslims – enjoyed preferential Arab/Muslim treatment?

9. Why has Arab/Muslim violence/terrorism targeted the US, despite the US regional arms embargo during the 1948-9 Israel’s War of Independence (while arms supplied by Soviet-satellite Czechoslovakia saved Israel); or the brutal US pressure on Israel during, and following, the 1948-49 War; the US non-recognition of Israel’s sovereignty in Jerusalem (since 1948); US pressure, which yielded the complete Israeli evacuation of the Sinai Peninsula (3 times larger than Israel) following the 1956 Egypt-Israel War; the US embargo on Israel following the 1981 Israeli bombing of Iraq’s nuclear reactor; US punishment of Israel during Israel’s hot-pursuit of the PLO in Lebanon in 1982/83; the US recognition of the PLO, support of the establishment of a Palestinian state, and sustained pressure to freeze construction in Jewish settlements?

10. Why has the US been targeted by Islamic violence/terrorism (e.g., 52 American hostages held by the Ayatollahs for 444 days), despite President Carter’s stabbing in the back of the Shah of Iran, which provided a tailwind to the rise of the Ayatollahs?

Is the current hate-education and anti-“infidel” incitement in Muslim kindergartens, schools and mosques at variance or consistent with Islam?

According to Prof. Bernard Lewis (The roots of Muslim Rage), the luminary of Middle East and Islamic studies: “The struggle between [Islam and Christendom/Europe] has now lasted for some fourteen centuries. It began with the advent of Islam, in the 7th century, and has continued virtually to the present day. It has consisted of a long series of attacks and counterattacks, Jihads and crusades, conquests and re-conquests…. Since the US is the legitimate heir of European civilization and the recognized and unchallenged leader of the West, the US has inherited the resulting grievances and become the focus for the pent-up hate and anger….”

In Islam and Other Religions, Prof. Bernard Lewis states: “The difference [between contemporary and original Islam] was probably less radical in Islam than in either Judaism or Christianity….

“There has always been incessant and unavoidable discrimination embedded in the Islamic system…. While women and slaves have no choice but to remain inferior [to men and masters], while infidels are inferior by choice…. Jews and Christians were offered divine truth, in its perfect form [Islam], but [according to Islam] rejected it maliciously, spitefully and foolishly….

”The history of the relations between the Muslim state and its non-Muslim subjects and, later, neighbors, begins with the career of the Prophet…. For Jews and Christians [the choice was] Islam, death or submission…. [Quran, Surah 5:60 – “Who will suffer the wrath of God? Those whom God cursed and transformed into monkeys (Jews) and pigs (Christians)]….

“In Muslim law and practice, the relationship between the Muslim state and the subject non-Muslim communities was regulated by a pact called Dhimma, and those benefiting from this pact were known as Dhimmis…. provided that they unequivocally recognized the primacy of Islam and the supremacy of the Muslims….

“Lands where Muslims rule are known as the Dar al–Islam, the House of Islam; the outside world, inhabited and governed by infidels, constitutes the Dar al-Harb, the House of War…. Between the realm of Islam and the realms of unbelief there is a canonically obligatory perpetual state of war, which will continue until the whole world either accepts the message of Islam or submits to the rule of those who bring it.  The name of this [worldwide] war is Jihad… struggle in the cause of God….”

Following in the footsteps of Muhammad, non-democratic Muslim regimes have sustained the tools of Islamic violence, in order to advance the permanent, overriding goal of Islam: domination of the Abode of the “Infidel.” 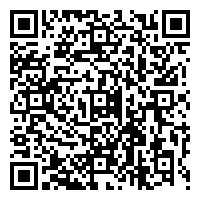