The official Palestinian Authority daily published on Sunday an op-ed that stated that the Mossad was behind the bloody Islamic State (ISIS) murders in Paris Friday night and also ran Fatah party propaganda equating the ISIS with Israel.


PMW published the image below, posted by Fatah, showing the Palestinian Authority flag along side of those of France, Russia and Lebanon, referring to ISIS attacks that blew up a Russian airplane in Egypt, the double suicide bombing in Lebanon last week and the attacks in Paris.

The op-ed on Sunday in the official Al-Hayat Al-Jadida daily stated:

It is not a coincidence that human blood was exploded in Paris at the same time that certain European sanctions are beginning to be implemented against settlement products, and while France leads Europe in advising the security council that will implement the two-state solution, Palestine and Israel – which the Israelis see as a warning of sudden danger coming from the direction of Europe, where the Zionist, occupying, settling endeavor was born…

The wise and correct thing is to look for who benefits. In short: They need to search the last place reached by the octopus arms of the Mossad… It is clear that its ‘Mossad’ will burn Beirut and Paris in order to achieve Netanyahu’s goals. He, who challenged the master of the White House, hides in his soul enough evil to burn the world.

PMW added, “The official PA daily pronounced the libel that Israel is like ISIS in the cartoon below, which shows an Israeli decapitating the Al-Aqsa Mosque next to an ISIS terrorist beheading a hostage, simultaneously and with the same sword, declaring that Israel and ISIS are the same.”

In case you missed it, the same Palestinian Authority daily last week ran another op-ed that blamed “Western and Israeli security services” for the explosions on the Russian airplane. The writer claimed:

The explosion of the Russian plane 23 minutes after its takeoff from Sharm el-Sheikh airport in the end of October, was not an ISIS operation but a terror operation orchestrated by international and regional security services….

If the rational estimations point to [the presence of] fingerprints of Western and Israeli security services, that leaves much room for questions… I must stress once again, that ISIS was not the one behind the destruction of the Russian plane on Oct. 31 above Sinai… this operation was beyond their capabilities, because of its meticulous implementation…. The operation was carried out by regional and international security services.” 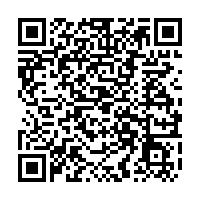