Jerusalem Mayor Nir Barkat took UNESCO ambassadors on a tour of the City of David on Tuesday (March 21) together with David Be’eri, Director and founder of the City of David, and a recent recipient of the Israel Prize, and Carmel Shama HaCohen, Israel’s Ambassador to the United Nations Education, Science and Cultural Organization (UNESCO).

During the tour, which was organized by the American Jewish Committee, Mayor Barkat showed the ambassadors the remains of the Shiloah Pool and numerous archaeological findings from the City of David, which unambiguously link the Jewish people to Jerusalem. These findings strongly contradict UNESCO’s claims that deny the historical connection between the Jewish people and the Christian world to the Land of Israel.


“The coin you see in my hands, found in the City of David excavations, is emblazoned with the inscription – ‘For the Liberation of Zion,'” said the mayor.

‘This coin is one of thousands that we find at our feet which unequivocally prove the Jewish and Christian roots in Jerusalem, contrary to the claims made by the latest UNESCO resolution,” he told the ambassadors.

“Today, we work to fulfill the imperative emblazoned on the coin: Jerusalem, under Israeli sovereignty, is free and open to people of all religions, beliefs, and backgrounds.” 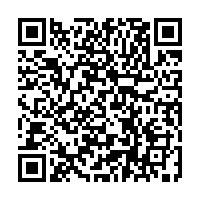