Several months ago, IDF intelligence identified a weapons transfer of M-302 rockets, known to be manufactured in Syria, from Damascus to Tehran. The rockets were being flown from the International Airport in Damascus to Iran in a move carefully orchestrated by the Quds Force. This was an unusual event, as usually such transfers take place from Iran to Syria, not vice versa.

From Tehran the shipment was moved to Bandar Abbas Port in southern Iran, and subsequently loaded onto a civilian vessel, the KLOS-C. This is the same port used to load up the Francop, another ship involved in an Iranian weapon smuggling attempt in 2009.


From Bandar Abbas the KLOS-C sailed to Umm Qasr Port in Iraq. It was loaded with more containers, all holding bags of cement – another attempt to complete the falsification and obscure the Iranian connection. The ship then headed towards Port Sudan, but was intercepted by Israeli naval forces, including missile ships and the Naval Commando (Shayetet 13) who boarded it in the Red Sea. Were it not for that, the ship would have docked in Port Sudan and the rockets would have been transferred via land, through the Sinai Peninsula and directly to the hands of terror organizations in the Gaza Strip.

The KLOS-C is not the first ship smuggling arms that is intercepted by the IDF, but it is distinguished by the lethality and quality of its cargo. Previous shipments contained standard weaponry such as mortars, rifle ammo, and middle-range rockets. This shipment, while certainly containing some of these, comprised weapons with a dramatically larger strike range and substantially heavier rocket warheads than previously seen in the region. Armed with the M-302 rockets, terror groups in Gaza had the means to threaten millions of Israeli citizens, as well as strategic locations such as Jerusalem, Tel-Aviv and Israel’s coastal gas fields.

Both models of the M-302 were used by Hezbollah against Israel in the Second Lebanon War of 2006, where they were launched and hit major cities like Haifa and Afula.

This is not the first attempt at smuggling weapons Iran tried to carry out. Previous attempts, had they been successful, would have armed local terror organizations with vast amounts of high-quality weaponry. Here are a select number of cases:

– On January 2009, the Cypriot merchant vessel Monchegors, which was en route to Syria, was called for inspection at Limassol by the Cypriot authorities. Upon boarding the ship, inspectors revealed caches of Iranian weapons. The cargo was seized and confiscated in Cyprus until July 11th 2011, when it caught fire and spontaneously combusted. 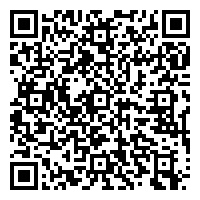