The anti-Semitism openly revealed by Palestinian Authority leader Mahmoud Abbas in his address Monday night to the Palestinian National Council has been roundly denounced in Europe, Germany, and in the United States. A deafening silence, however, has emanated from Russia, China and of course, Iran.

Prime Minister Benjamin Netanyahu responded to Abbas’ remarks with a statement that underscored the PA leader’s history of past Holocaust denial as well as condemned his present remarks.

“Abu Mazen (Abbas) gave another anti-Semitic speech,” Netanyahu said. “With utmost ignorance and brazen gall, he claimed that European Jews were persecuted and murdered not because they were Jews but because they gave loans with interest.

“Abu Mazen again recited the most contemptible anti-Semitic canards. Apparently the Holocaust-denier is still a Holocaust-denier. I call on the international community to condemn Abu Mazen’s severe anti-Semitism; the time has come for it to pass from the world.”

The European Union, however, also slammed Abbas for his anti-Semitism. In a statement released Wednesday, the EU said: “Anti-Semitism is not only a threat for Jews, but a fundamental menace to our open and liberal societies. The European Union remains committed to combat any form of anti-Semitism and any attempt to condone, justify or grossly trivialize the Holocaust.”

The “German-Palestinian Society” in Germany, surprisingly, also condemned Abbas’ anti-Semitism, saying Tuesday in a statement that the group “dissociates itself clearly and unequivocally” from the remarks. “To suggest that Jews in some way share a responsibility for the Holocaust is a grotesque distortion of historical facts. The claim that the Jewish people have no roots in the Holy Land is equally erroneous.”

U.S. Ambassador to Israel David Friedman slammed the speech as well, saying that Abbas has stopped to a “new low” in his anti-Semitism. “To all those who think Israel is the reason for no peace, think again,” he wrote on Twitter.

Likewise, U.S. Special Representative for International Negotiations Jason Greenblatt called for world leaders to condemn the address, saying the remarks “must be unconditionally condemned by all. They are very unfortunate, very distressing and terribly disheartening,” he wrote in a tweet.

“Peace cannot be built on this kind of foundation.” 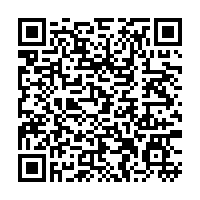