Three commercial airlines have scrapped flights to Iran, beginning this September, due to U.S. sanctions.

British Airways, Air France and KLM all plan to halt their flights to the Islamic Republic, saying the routes are no longer economically viable.


Prime Minister Benjamin Netanyahu welcomed the decision, saying in a statement from Lithuania during his state visit to the country, “More should follow, more will follow, because Iran should not be rewarded for its aggression in the region, for its attempts to spread terrorism.”

The European Union, meanwhile, is making sure that Tehran doesn’t suffer as a result of the sanctions: Vowing to counter the U.S. move, the EU said Thursday it would transfer 18 million euros ($20.6 million) in aid to Iran as part of a wider foreign aid package of 50 million euros allocated for Iran in the budget of the European body. 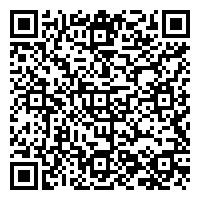