Kushner had held a series of meetings with officials in Saudi Arabia, Jordan and Qatar and was on his way to hold several meetings with senior Egyptian officials. But Egypt, according to Cairo media, said that the suspension of US funding for Egypt could negatively affect relations between the two countries.


It turned out that while the US peace delegation was touring the Middle East, the US, citing Cairo’s miserable track record on human rights and democracy, decided to deny Egypt almost $100 million in aid and to hold back another $195 million until it sees improvements in those weak areas.

Egypt’s Foreign Ministry on Wednesday expressed its “regret” at the decision, arguing it lacks a correct understanding of “Egypt’s stability in light of the economic and security challenges facing the Egyptian people and also and implies a mixing of cards that may have negative repercussions on achieving Egyptian-American common interests.”

Egypt receives $1.3 billion annually in military aid from the United States and close to $250 million in economic assistance.

The decision to punish Egypt at a time when its regime is practically fighting for its life against Islamist insurgents and home grown Muslim Brothers, began at a hearing by the US Senate Subcommittee on State, Foreign Operations, and Related Programs that was held in April to review the US military aid for Egypt.

Egypt’s foreign ministry said in a statement back then that the Senate hearing had been held “with the aim of harming the positive ties between Egypt and the US administration,” and that the three experts invited to testify before the panel are known for their “absolute bias” against Egypt and their “siding with foreign powers aiming to destabilize” the country.

The three experts were Michele Dunne, Senior Fellow and Director at the Carnegie Endowment for International Peace and long-time Middle East expert at the State Department; Elliott Abrams, Senior Fellow for Middle Eastern Studies Council on Foreign Relations who served in the George W. Bush administration; and Tom Malinowski, former assistant secretary of state for democracy under president Barack Obama.

They called for shaping a new approach to US-Egypt ties, regardless of the “deteriorating” security, economic, and political conditions inside Egypt and around the Middle east.

“The new approach should have a tighter focus on the most pressing threats to Egypt’s stability: terrorism, but also inadequate education, unemployment, and the destruction of civil society,” Dunne said in her testimony, adding, “The US government should ensure that its assistance is neither wasted nor complicit in exacerbating the country’s problems.”

Abrams said he believes the policies of the Egyptian government “almost guarantee that terrorism will continue and may indeed expand.”

Which shows you that you don’t have to work for Barack Obama to mess up entire world regions – seeing as Abrams is a gift to the world from the Reagan and Bush Administrations. 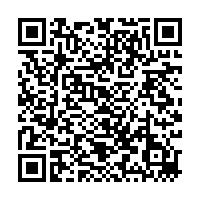