After a weekend in which a terrorist killed at least four people in Stockholm and wounded 15 others and an explosive device was discovered next to a subway station in central Oslo, twin terrorist attacks Sunday in Egypt left at least 46 dead and dozens more injured in a city north of Cairo and in the coastal city of Alexandria — both carried out against Coptic Christian churches on Palm Sunday.


At least 27 people were killed and 78 were wounded in the first attack on the Mar Grigis Coptic Christian church, which was packed with worshipers in the Nile Delta city of Tanta, north of Cairo.

Pope Francis expressed his “deep condolences to my brother, Pope Tawadros II, the Coptic church and all of the dear Egyptian nation” after personally receiving word of the attack while serving Mass in St. Peter’s Square.

The head of Egypt’s Al Azhar Sunni world center of learning, Grand Sheikh Ahmed el-Tayeb, condemned the attack as well, calling it a “despicable terrorist bombing that targeted the lives of innocents.”

It wasn’t the first time the city was hit: earlier this month a police officer was killed and 15 people were injured in a bombing there near the police training center.

The Islamic State terrorist organization, which supports a ‘Sinai Province’ branch in the Sinai Peninsula, claimed responsibility for both attacks. That group has been linked together with Gaza’s ruling Hamas terrorist organization in tunnel operations beneath the border between Gaza and Egypt. Egypt’s outlawed Muslim Brotherhood organization, which is dedicated to overthrowing the government of President Abdel Fattah el-Sisi, was the founder of Hamas.

At least 16 people were killed and 41 others were injured in the explosion where police stopped a terrorist with an explosive belt from breaking into St. Mark’s, two state-run news outlets reported.

Pope Tawadros II was inside the church at the time of the attack, but was not injured.

Last week Egyptian President Abdel Fattah el-Sisi met in Washington at the White House with U.S. President Donald Trump. Among the issues discussed by the two leaders was the efforts by radical Islamic terrorist groups to overthrow his government. 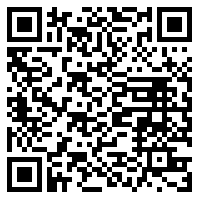