A senior Iranian official said on Monday that his government would not stop its 20% uranium enrichment before all the US sanctions are lifted.

Speaking on state-run Iranian Press TV, the official said that the “20% uranium enrichment is in line with Paragraph 36 of the JCPOA (Joint Comprehensive Plan of Action – the 2015 nuclear agreement) and will be stopped only if the US lifts all the sanctions.” We’ll cover that point a few paragraphs down.

Meanwhile, on Saturday, China signed a sweeping economic and security agreement with Iran, which includes investing $400 billion over 25 years in exchange for Iranian oil. Chinese foreign minister Wang Yi told President Hassan Rouhani that “China firmly supports Iran in safeguarding its state sovereignty and national dignity,” adding that the United States must immediately drop its sanctions on Iran and “remove its long arm of jurisdictional measures that have been aimed at China, among others.”

At this point, Iran has no incentive to return to the JCPOA unless the US surrenders every last sanction against its economy. An 18-page draft of the Chinese deal that was obtained last year by The New York Times (China, With $400 Billion Iran Deal, Could Deepen Influence in Mideast), details the $400 billion in Chinese investments in Iran’s banking, telecommunications, ports, railways, health care, and information technology, over the next 25 years. China gets in return a regular and heavily discounted supply of Iranian oil to fuel its burgeoning economy. Biden was left holding the bag.

According to Foreign Policy (Europeans Fear Iran Nuclear Window Closing), after President Biden’s inauguration, British, French, and German diplomats offered the White House a plan to revive the 2015 Iran nuclear deal, proposing that the US lift some of the sanctions against Iran in order to bring the US closer to compliance with the deal President Trump had abandoned, following which Iran would reciprocate by interrupting its uranium enrichment.

Former French ambassador to the US and the UN Gérard Araud, who represented France in the JCPOA negotiations, told Foreign Policy that “the advice of the Europeans to the Americans was, do it quickly and immediately, because all the signals they had from the Iranian side was as soon as the Americans come back, we will come back,” meaning that as soon as Trump leaves office and Biden becomes president.

“The best way forward would have been to immediately come back with an executive order, and they didn’t do it,” Araud explained.

As has been repeated ad nauseam by Iranian officials from Foreign Minister Mohammad Javad Zarif (Have E3 Read Paragraph 36? Zarif Asks) down to the lowliest government spokesman, Paragraph 36 in JCPOA determines when and how the nuclear agreement might be terminated. Despite what the Obama administration told us in 2015, JCPOA is not necessarily a ten-year or a fifteen-year agreement, and Paragraph 36 reveals the truth that any party—Iran or whoever is elected after President Obama—can abandon the nuclear deal with a 35-day notice. Following that, under Paragraph 36, Iran can claim that any of the P5+1 is “not meeting its commitments” under the agreement, which would trigger 35 days of meetings of the signatories. Once that’s over, Iran is free to announce that the issue has not been resolved to its satisfaction and that it “constitutes significant non-performance.” Iran can then “cease performing its commitments under this JCPOA in whole or in part,” and the agreement is tossed.

The Hill warned back in 2015 (Iran agreement: Why you should read Paragraph 36) that “once Iran has received its $150 billion and locked in long-term business contracts with the West, this quick exit could be an attractive option. So, too, could Iran bolt later on, removing the restrictions that remain after years ten and fifteen, or it could bolt under some scenario hard to foresee now.”

The senior Iranian official we cited in the beginning of this report insisted on Monday that his country would not stop any of its current nuclear activities before the removal of all US sanctions, and doubled down, suggesting “the Biden administration is losing time, and if it fails to lift the sanctions soon, Iran will take the next steps, which will be a further reduction of its JCPOA commitments.”

Politico, too, recommended that “if President Joe Biden is serious about rejoining the Iran nuclear deal, then the next few weeks could prove make-or-break as the politics in both Washington and Tehran appear poised to intensify.”

Iran’s permanent mission to the UN tweeted on Tuesday that the US needs no proposal to rejoin the nuclear deal with Iran, only a political decision: “No proposal is needed for the US to rejoin the JCPOA. It only requires a political decision by the US to fully and immediately implement all of its obligations under the accord and abide by UNSCR 2231,” the Iranian tweet said.

The United Nations Security Council on July 20, 2015, unanimously adopted resolution 2231 endorsing the JCPOA and expressed its desire to build a new relationship with Iran and bring to a satisfactory conclusion its consideration of this matter. Resolution 2231 also terminated previous Security Council resolutions on the Iranian nuclear issue and establishes specific restrictions that apply to all States without exception. “Member States are obligated under Article 25 of the Charter of the United Nations to accept and carry out the Security Council’s decisions.”

Now, with China’s intervention and Biden’s indecision, “the odds any progress to revive the deal before Iran holds a presidential election in June have dwindled—after Tehran opted to take a tougher stance before returning to talks,” Reuters concluded, citing US officials. 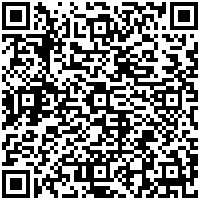