Over several decades, AIPAC members have been used to hearing presidential candidates promise them to move the US embassy to Jerusalem should they be elected, only to watch the same candidates renege on their promise when they take office. Vice President Mike Pence is probably the first vice president to make this promise – albeit with some caveats – when he and his boss had already gotten into the White House.

“And know this,” Pence told the 2017 AIPAC annual conference on Sunday, “after decades of simply talking about it, the president of the United States is giving serious consideration to moving the American embassy from Tel Aviv to Jerusalem.”

As we mentioned, this was immediately followed by some menacing notes, if one is invested in seeing Israel’s settlement enterprise keep thriving, but at least the VP knew how to deliver the troubling news – give some, on Jerusalem embassy, then take some, or more than some:

“But let me be clear,” Pence followed with his version of former president Barack Obama’s favorite “make no mistake about it,” and then cautioned: “President Trump is also invested in finding an equitable and just solution to the Israeli-Palestinian conflict.”

“Just a few weeks ago, the president dispatched Jason Greenblatt, his special representative for international negotiations, to visit Israel and the Palestinian territories and to bring a message that President Trump is committed to forging a lasting peace in the Middle East,” Pence proceeded. “Just last week, Jason hosted a senior Israeli delegation led by Prime Minister Netanyahu’s chief of staff to continue these discussions.”

“And while there will undoubtedly have to be compromises,” Pence told the hall full of dyed-in-the-wool Zionsits, “I can assure you all President Trump will never compromise the safety and security of the Jewish State of Israel.”

Perhaps this is what Pence was addressing when he told the AIPAC audience: “For my part, my Christian upbringing compels me to cherish Israel. The songs of the land and the people of Israel were the anthems of my youth. My wife and I had the privilege of visiting Israel in 2004 and again in 2008, and we fulfilled a lifelong dream to bring all three of our children to the Holy Land in December of 2014. Let me say from my heart, as for me and my house, we pray for the peace of Jerusalem and all who call her home.”

Ostensibly, it’s the peace of the complete city of Jerusalem the VP and his nice Christian family are praying for. With Jews praying on the Temple Mount and picnicking on the green hills of Shiloh.

The fact is, as US Administrations go, this one is probably the friendliest to Israel (almost as much as to Russia, I can hear my cynical friends on the left muttering). After all, the two most influential State Dept. posts below the Secretary himself, are held by devoted friends of Jews and Israel.

“As you’ll hear tomorrow night, Ambassador Haley is already fighting tirelessly to end the one-sided actions of the UN that unfairly target Israel,” Pence said, adding, “And under President Trump, the United States will no longer allow the United Nations to be used as a forum for invective against Israel or the West.”

“Or how about when President Trump named David Friedman to represent the United States of America in Israel?” Pence declared. “David is an unabashed advocate for a stronger Israel-America relationship and our friendship will be stronger after he gets sworn in as ambassador. And I got to tell you, I just can’t wait. This week, it will be my high honor to administer the Oath of Office to Ambassador David Friedman.”

Finally, here’s something only someone like Mike Pence can tell a largely conservative Jewish audience:

“Over the mantle of our home, since the year I was first elected to Congress are framed words that have long-inspired our little family. We had them in our home in a small town in Indiana, we had them in the governor’s residence and now they’re displayed over the mantle in the home of the vice president of the United States. They come from the book of Jeremiah and they read, ‘For I know the plans I have for you, plans to prosper you and not to harm you, plans to give you hope and a future.’”

No doubt, there will be conflict between Jerusalem and Washington should President Trump continue to pursue his goal of using his “art of the deal” in a region that’s more familiar with the art of the steal. Nevertheless, as conflicts go, this one could be milder with Mike Pence around. 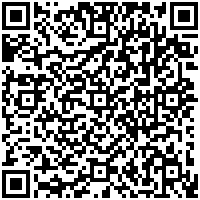