IDF Chief of Staff Gadi Eizenkot spoke with the Saudi chief of staff, Fayyad bin Hamad al-Ruwaili, on the sidelines of a meeting of military heads in the United States.

Kan, Israel’s Public Broadcasting Corporation, on Tuesday night reported that the Israeli and Saudi military leaders discussed the Iranian issue, about which their views are similar.

In addition to his Saudi counterpart, Chief of Staff Eizenkot also held talks with other heads of armies in the region. Pictures from the conference distributed by the US Army, show Eizenkot sitting one table away from the Jordanian chief of staff, and at a table nearby the Egyptian chief of staff and the chief of staff of the Bahrain army.

The connection between Israel and the Arab states has strengthened in recent years, due to their joint struggle in Iran, but also as a result of the civil war in Syria and the fight against ISIS. These issues were the focal points of the talks during meeting of the heads of the armies.

Recently, a Hezbollah member of Lebanon’s parliament, Nawaf al-Mousawi, suggested that Saudi Arabia had offered Syrian President Bashar Assad a deal, according to which the Gulf states would finance the rehabilitation of Syria – and in exchange, the regime would sever its ties with both Hezbollah and Iran. 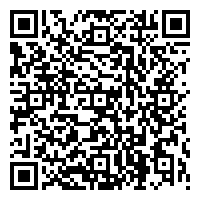