Prime Minister Benjamin Netanyahu on Saturday night issued a statement saying, “I have been warning for some time about the dangers of Iran’s military entrenchment in Syria. Iran seeks to use Syrian territory to attack Israel for its professed goal of destroying Israel. This morning Iran brazenly violated Israel’s sovereignty. They dispatched an Iranian drone from Syrian territory into Israel. And this demonstrates that our warnings were 100% correct. Israel holds Iran and its Syrian hosts responsible for today’s aggression. We will continue to do whatever is necessary to protect our sovereignty and our security.”

A crucial factor Netanyahu did not mention was the fact that Russia supports Israel’s enemies in this conflict, and that the US at this point is a dubious ally against Moscow. Take for instance the statement the White House released in response to Saturday’s clashes: “Israel is a staunch ally of the United States, and we support its right to defend itself from the Iranian-backed Syrian and militia forces in southern Syria. We call on Iran and its allies to cease provocative actions and work toward regional peace.”


Notice any country missing from the administration’s statement? The fact is Russia holds the key to restraining Iran in Syria, and this White House is not prepared to call it on its endorsement of the Tehran terrorists. Why, Trump two weeks ago refused to impose new sanctions on Russia that were voted almost unanimously by both houses of Congress. So, no help there in Netanyahu’s dealings with President Putin.

But there was another, much earlier damage that was inflicted on Israel’s chances in confronting Iran’s agents of chaos: the technological boom the Obama administration’s military handed the Iranians with the Lockheed Martin RQ-170 Sentinel incident. That was the drone the US gifted to the Iranians.

The Israeli Air Force on Saturday launched an attack on the Syrian Air Force’s Tiyas Military Airbase, a.k.a. T-4 Airbase, west of the ancient city of Palmyra (Tadmor), destroying the main observation tower, according to the Syrian Observatory for Human Rights. The Iranian drone that was sent to Israel on Saturday took off from T-4. It was shot down in the Beit Shean valley, after spending all of 90 seconds in Israel’s air space. As it was crossing into Israel, it was escorted by fighter jets and intercepted by a missile fired from an Apache helicopter.

The drone had Iranian components, its operating system is Iranian, and it was apparently dispatched without prior notice to the Syrian regime, according to IAF chief of staff Brig. Gen. Tomer Bar. “It was important to lay our hands on it, because this is the first time an Iranian aircraft crosses into Israeli territory,” he said.

According to Bar, the drone is an advanced aircraft with stealth abilities. “I think that this UAV signifies [Iran’s] technological progress, although in this case we dealt with it successfully,” he said, adding, “Everything will be learned, including their intentions.”

Several areas of concern emerged from Saturday’s short aerial war: the fact that an Israeli F-16’s deflection system was unable to avoid a dense barrage of some 25 S-300 Soviet-era anti-aircraft missiles, and, presumably, shrapnel from those missiles cut through; the fact that Iran today appears to be operating independently inside Syria; and the fact that Iran-proxy Shiite militias are so important to the Russians, serving as they do as gun fodder for the Russian army in its war against the Western-allied rebels, that Moscow is ready to endorse Iranian adventurism to secure their cooperation.

The fourth lesson from Saturday’s confrontation is that Iran has been able to take full advantage of the technological gift it received from the Obama Administration.

On December 4, 2011, an American stealth drone was captured by Iranian forces near the city of Kashmar in northeastern Iran. The Iranian government announced that the UAV was brought down by its cyberwarfare unit which commandeered the aircraft and safely landed it. Meaning it wasn’t shot down, as earlier reported. President Obama acknowledged that the downed drone was his, and requested that Iran return it. We’re not kidding.

Turns out the Iranians refused to give it back. Instead, on December 10, 2011, Iran announced that it intended to carry out reverse engineering on the captured RQ-170 Sentinel stealth aircraft. In April 2012, they announced they had succeeded in extracting the entire data collected by the drone and were in the process of building a replica of the aircraft. US officials were doubtful Iran could replicate the aircraft, because of a precautions that was installed to protect malfunctioning drones, nevertheless, in May 2014, Iranian state TV displayed a reverse engineered RQ-170, and in November 2014 Iran said it carried out a successful test flight on the drone clone.

Naturally, the fact that the supposedly stealth Iranian drone was detected way ahead of its crossing into Israeli airspace should suggest it isn’t so stealthy after all. But the symbolism of the new round of confrontations with Iran, a terrorist state cuddled by the Obama administration centering on that abandoned Lockheed Martin RQ-170 Sentinel should not be lost on Israel’s leadership. Nor should the Trump administration’s reluctance to act tough with Russia in Syria. 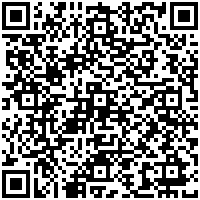