The invitation to the summit was extended by the Japanese minister during his visit to the region this week, according to the Hebrew-language Walla! News website.


Kono made the offer separately to Netanyahu and Abbas during his meetings with each in Jerusalem and Ramallah respectively. But the proposal was first raised in September by Japan’s Prime Minister Shinzo Abe when he met in New York with Netanyahu on the sidelines of the United Nations General Assembly.

During their meeting on Monday, Netanyahu expressed willingness to attend, contingent upon the presence of Jared Kushner, according to Israel’s Channel 10 news. “If Kushner is there, I will also be there,” Netanyahu reportedly told Kono. At the start of their talks, Israel’s prime minister told the Japanese foreign minister, “We both live in challenging regions.”

Perhaps the remark was intended as a reminder that Japan shouldn’t forget its friends. Japan voted in favor of the United Nations General Assembly resolution that rejected U.S. President Donald Trump’s recognition of Jerusalem as the capital of Israel.

Likewise, during their meeting in Jerusalem, Israel’s President Reuven Rivlin told Kono, “For us, Tokyo is absolutely the only capital of Japan — and Jerusalem is the capital of the State of Israel.”

It’s not known how the Palestinian Authority responded to the Japanese peace summit proposal. 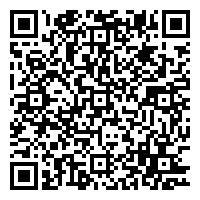