Just two days after the president of Guatemala made history as the first Central American leader to announce his decision to relocate his nation’s embassy to Jerusalem, Honduras and Panama are following suit.

Israel and Honduras signed a declaration on bilateral security cooperation in December 2016, during a visit to Jerusalem by Honduran President Orlando Hernandez. It was his second time in the Jewish State.


Honduras was the other Latin American nation that had the courage to vote against the United Nations General Assembly resolution calling for a wholesale rejection of U.S. President Donald Trump’s historic recognition of Jerusalem as the capital of Israel and his decision to move the American embassy to the holy city.

The Israeli free daily Yisrael Hayom quoted Palestinian Authority sources on Tuesday as saying Ramallah had been “officially informed” that an announcement would likely be forthcoming within days.

As with Guatemala, the embassies will transfer from Tel Aviv to Jerusalem only after the relocation of the U.S. Embassy, according to the report.

The announcement came barely a day after Dr. Gustavo Perednik, a well-known Spanish-language commentator on Latin American and Israeli affairs and a native of Buenos Aires, Argentina, predicted that Honduras and Panama — among others — would be next in line to follow Guatemala. Perednik said that a major shift in international politics is taking place, particularly in Latin America.

The Palestinian Authority referred to the decision by Guatemala’s President Jimmy Morales as “shameful.”

President Trump made his historic announcement on December 6. Israel’s Prime Minister Benjamin Netanyahu has told Israeli lawmakers that the leaders of numerous other nations have also been in touch with him to discuss similar plans.

Knesset Speaker Yuli Edelstein has said his counterparts in other nations have made similar comments as well in recent days. 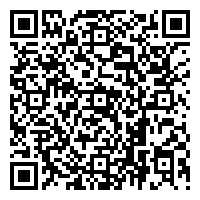