The IRGC is a branch of Iran’s Armed Forces founded after 1979 Revolution, with the mission of protecting the country’s Islamic Republic system by preventing foreign interference as well as stopping coups by the military or “deviant movements.” The Guards have roughly 125,000 military personnel including ground, aerospace and naval forces. Its naval forces are now the primary forces tasked with operational control of the Persian Gulf. It also controls the paramilitary Basij militia which has about 90,000 active personnel


On Tuesday, the US Treasury announced the expansion of sanctions on Iran’s Revolutionary Guards, which were originally imposed on October 13 because the Iranian group was “supporting terrorism.”

According to the Treasury’s press release from September 14, its Office of Foreign Assets Control (OFAC) “designated 11 entities and individuals for engaging in support of designated Iranian actors or malicious cyber-enabled activity.” The sanctions included “one entity engaging in activities in support of Iran’s Islamic Revolutionary Guard Corps (IRGC) ballistic missile program; two Ukraine-based entities providing support to designated airlines, including one affiliated with the IRGC-Qods Force (IRGC-QF); and two Iran-based networks responsible for malicious cyber-enabled attacks against the U.S. financial system.”

Iran for its part has pledged to “strongly respond to any action against its military forces,” and Revolutionary Guards commander, Mohammad Ali Jafar, vowed to treat US forces the same as the ISIS terror group.

“Our approach to unilateral sanctions in general is universal. We regard such methods as illegitimate and running counter to the norms of international law and the basic principles of interstate communication,” Deputy Foreign Minister Ryabkov stressed. “The Americans have turned sanctions into the key tool of their foreign policy.”

“Today’s sanctions are a tool Washington resorts uses as its go-to approach,” Ryabkov complained, suggesting “this means, by and large, the substantial degradation of the basic principles of foreign policy.”

“If sanctions have an extraterritorial component, that is, attempts to apply intimidation methods to companies, organizations and individuals in third countries, it is clear that in this case sanctions turn into an element of creating a climate of uncertainty and crisis,” the senior diplomat continued, suggesting that “perhaps that’s the objective. The US has always been ‘famous’ for its ability to pursue the policy of controlled crises and teeter on the brink of crises escalating into a hot phase.” 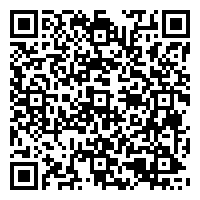