The classified intelligence President Donald Trump is accused (and boasted) of revealing to Russian Intelligence when he met in the Oval Office last month with the Russian foreign minister, Sergey V. Lavrov and the ambassador to the United States, Sergey I. Kislyak, was based on Israel’s unprecedented success in hacking computers belonging to ISIS affiliates, the NY Times reported Monday.

After top Israeli cyber-operators had penetrated a small cell of ISIS bomb makers in Syria some months ago, US Intelligence realized that the terrorist group was working on explosives that could fool airport X-ray machines by imitating perfectly innocent objects such as laptop batteries.


Needless to say, Trump’s careless disclosure infuriated Israeli officials, and has put in question the willingness of Israel’s and other Western powers’ clandestine services to share more hard-earned, crucial intelligence with the Americans for the next four years.

The intelligence was so exquisite, the NY Times reports, quoting two American officials familiar with the operation, that US Intelligence was able to figure out how the ISIS weapons could be detonated. As a result, the US last March declared a ban on large electronic devices in carry-on luggage on flights from eight Muslim-majority countries to the US and the UK.

Jürgen Todenhöfer, the first Western journalist to be allowed entry into ISIS territories in Syria and Iraq in 2014, believes Israel is the only country in the world that ISIS truly fears. the German reporter told Jewish News in 2016 ISIS members “told me they know the Israeli army is too strong for them.”

“They think they can defeat US and UK ground troops, who they say they have no experience in city guerrilla or terrorist strategies,” Todenhöfer explained, “But they know the Israelis are very tough as far as fighting against guerrillas and terrorists.” 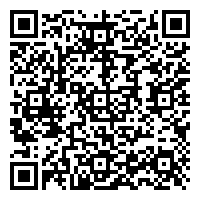