The United States and other regional officials are closely watching North Korean military activities in Syria, where intelligence reports indicate Pyongyang has been building an underground base for the past seven years.


“We are aware of reports regarding possible DPRK [Democratic People’s Republic of Korea] assistance to Syria to rebuild its chemical weapons capabilities,” a State Department official told the Free Beacon, speaking on background. “We take these allegations very seriously and we are working assiduously to prevent the Assad regime from obtaining material and equipment to support its chemical weapons program.”

But regional reports on the size of the underground base raise the possibility of nuclear work within: satellite imagery indicates only a small portion of the base is visible above ground.

“Long tunnels have been built during the last seven years in a deep valley in Qardaha under the supervision of North Korean experts,” reported the Zaman Al Wasl news site.

The underground military base is situated south of Qardaha, the hometown of the Syrian president in the coastal Latakia province, according to the report, which cited a military source and satellite images.

Syria’s ongoing possession and use of chemical weapons, as well as North Korea’s military assistance to Syria, and particularly its arms trade with the Assad regime, are both in violation of multiple United Nations Security Council resolutions, a State Department official pointed out.

Iran is likewise undertaking similar efforts to bolster the Syrian regime, shipping arms to the country and creating military bases near the border with Israel.

Both North Korea and Iran have made no secret of their support for the Palestinian Authority and the destruction of Israel. The Trump administration has expressed deep concern that the DPRK’s newest underground facility may strengthen Iranian and North Korean military collaboration as well. 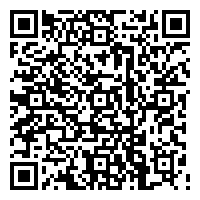