The Admor of Vizhnitz-Monsey, Ha-Rav Ha-Gaon Mordechai Hager ztz”l, known as Reb Motle, ascended on high. He was the elder of the Chasidic Rebbes, and passed away at the age of 96.

Some suggest that after the horrors of the Holocaust, where so many of the greatest Rabbis of that generation perished and the glorious Yeshivot of Europe were destroyed, an era of Gedolei Yisrael was brought to an end, and a new one began (Mikraei Kodesh – Hilchot Arba’at Ha-Minim p. 317).


We can ask the same question regarding the annihilation of entire communities during the Holocaust: did the previous period of Jewish history end and a completely new generation begin? The answer is that, with the kindness of Hashem upon us, many of those communities among them Lithuanian Yeshivot and Chasidic courts did not end, but have been revived. This has been in the merit of the Rabbis and Chasidic Rebbes, who survived the Holocaust, who looked forward and rebuilt.

He married the daughter of the Admor Rebbe Yaakov Yosek of Skver. His wife died without children and he married her younger sister. Baruch Hashem, they had 14 children.

After the Holocaust, Reb Motle arrived in America with his father-in-law and began to serve as Rav of Vizhnitzer Chasidim there, first in Boro Park and then in Williamsburg. He slowly built a Chasidic community which included Holocaust survivors. After a while, he informed his community that he did not want to live in a crowded city and moved to Monsey in Upstate New York, which had quieter suburbs and villages.

He dedicated his entire life to learning Torah. He learned Torah 18 hours a day, and asked his Chasidim to learn at least 2 hours a day. He encouraged his Chasidim to hire Jews, and the Simcha Halls run by his institutions in Monsey employ only religious Jews. He prohibited carrying in Brooklyn, despite the fact that some Rabbis erected local Eruvim. He also opposed eating ice cream at the end of a meal on account of a halachic doubt whether one should recite a blessing over it.

The Admor of Vizhnitz-Monsey had a world-view similar to the Edah Ha-Charedit and Satmar Chasidim, but out of respect for his father, who was on the Mo’eztet Gedolei Ha-Torah, he did not criticize the Agudat Yisrael. He also did not state an opinion about voting in Israeli elections. This is similar to the Brisker Rav, Ha-Griz Soloveitchik, who spoke harshly against Mizrachi Rabbis except for Ha-Rav Meir Bar Ilan because he was family (see Mo’adei Ha-Re’eiyah p. 306).

We often speak about the revival of our Nation in Eretz Yisrael and the Redemption of our Nation, which is the great miracle of our generation and our desire for all of Am Yisrael to return here, as our Rabbis taught us. At the same time, however, there is another miracle occurring: the revival of communities destroyed in the Holocaust, include many Chasidic communities, in various places in the world. The Admor of Vizhnitz-Monsey succeeded in rebuilding the Vizhnitz community in America. He even met with President Jimmy Carter, along with the Bobover Rebbe and the Satmar Rebbe, for the benefit of the Jewish People.

May his soul be bound up in the bonds of the living with all of the great Tzadikim and Geonim. 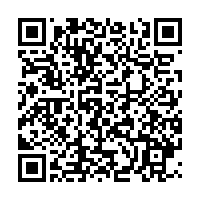