For the first time ever, the flag of an Arab nation lit up Tel Aviv City Hall late Saturday night to show Israel’s solidarity with the citizens of Egypt in the wake of a deadly attack on Coptic Christians Friday.

Tonight we light up the @TelAviv Municipality with the flag of #Egypt. Those seeking peace will not rest until such horrific acts will end. pic.twitter.com/ym2yiRZClz

Israel strongly condemns the severe terrorist attack in Egypt and sends its condolences to President el-Sisi and the Egyptian people.

“There is no difference between the terror of the attack in Egypt and that of attacks in other countries, “ Netanyahu pointed out. “Terror will be defeated more quickly if all countries work together against it.”

A small caravan comprised of two buses and a truck making their way to a monastery south of Cairo were attacked by a team of 10 masked terrorists wearing military uniforms from “Sinai Province,” the Egyptian branch of the Islamic State (ISIS/Da’esh) terrorist organization.

The Islamic State’s Amaq news agency said in a statement the group took responsibility for the attack on “crusaders,” claiming 31 were killed, and another 24 were wounded.

According to Egyptian media, at least 29 people were killed, including 10 children. This is the fourth such attack on Coptic Christians since December.

The terrorists, who stormed the caravan in three SUVs, demanded that the passengers recite the Muslim profession of faith, according to a report by The Wall Street Journal, and then opened fire.

In response, Egyptian President el-Sisi ordered air strikes against terrorist bases in eastern Libya that were linked to Al Qaeda. The Egyptian president also called Coptic Pope Tawadros II on Friday and told him Egypt would not rest until the perpetrators were punished.

U.S. President Donald Trump also condemned the “merciless slaughter of Christians in Egypt,” vowing to crush the “evil organizations of terror” who he said are “engaged in a war against civilization.” 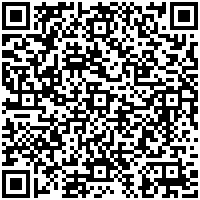