Israel and the United States have achieved a victory at the United Nations Security Council with the body’s decision to expand the mandate and number of ground troops of UNIFIL, the UN Interim Force in Lebanon.

UNIFIL will now be required to expand its reports to the Council and to report all violations by Hezbollah of Resolution 1701 – the cease-fire agreement that ended Israel’s 2006 Second Lebanon War with Hezbollah. The Force will also be required to immediately report any attempt by the terrorist group to deny access to its troops, which also will be now be mandated to patrol those areas of southern Lebanon controlled by Hezbollah.


“This is a significant diplomatic achievement that could change the situation in southern Lebanon and expose the terror infrastructure that Hezbollah set up on the border with Israel,” Israeli Ambassador to the UN Danny Danon said in a statement Wednesday night. “The resolution requires UNIFIL to open its eyes, and forces it to act against Hezbollah’s terror buildup in the area. We will continue the fight against Hezbollah and ensure that UNIFIL fulfills its duties on the ground.”

The Security Council’s decision includes two main elements: higher presence of forces on the ground and reliable and timely reporting.

Until now, and especially in the last few years, UNIFIL forces have rarely patrolled the area in southern Lebanon, refrained from entering villages widely agreed to be Hezbollah terrorist strongholds, and failed to report Hezbollah’s violations in real time.

As such, from now on, UN forces will be required to demonstrate a robust physical presence on the ground, to enter every village and to report, in real time, Hezbollah’s violations of Security Council Resolution 1701.

The decision is aimed at dissolving Hezbollah’s longstanding attempt to be seen as a legitimate organization within the international arena.

It comes after months of intensive diplomatic activity by Danon, who accompanied US Ambassador to the UN Nikki Haley to the Lebanese border this past June in a special security briefing, together with IDF Deputy Chief of Staff Aviv Kochavi. Since that visit the two ambassadors together insisted to other UNSC members on upgrading the UNIFIL mandate.

“I thank the United States for leading this important effort, and for standing up for Israel’s security interests,” Danon said.

“I also thank France for facilitating the negotiations along with the passing of the resolution,” he added. “The United Nations Secretary-General and Security Council members have made the right decision to serve the most fundamental principle of the United Nations: combating terrorism and maintaining stability and tranquility.” 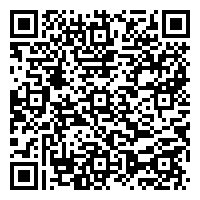