Meet Emanuel Cleaver II, 76, a United Methodist pastor, a Democrat, and a member of the US House of Representatives representing Missouri’s 5th congressional district since 2005.

On Sunday, Cleaver assumed his role as a chaplain to deliver the daily prayer in Congress, which he concluded:

And dare I ask, oh Lord, peace even in this chamber now and evermore,” Cleaver said while serving as guest House chaplain. “We ask it in the name of the monotheistic god, Brahma, and [the] god known by many names by many different faiths. Amen and a woman.

Needless to say, this last part of his prayer went viral bigly and the social networks were filled with ridicule, some of which was equally ignorant.

The word Amen first appears in the Torah in Numbers 5:22, as an expression of acceptance on the part of the wife whose husband suspects her of going astray (sotah), the priest tells the woman:

“But if you have gone astray while married to your husband and have defiled yourself, if a man other than your husband has had carnal relations with you”—and the priest shall administer the curse of adjuration to the woman, as the priest goes on to say to the woman—“may God make you a curse and an imprecation among your people, as God causes your thigh to sag and your belly to distend; may this water that induces the spell enter your body, causing the belly to distend and the thigh to sag.” And the woman shall say, “Amen, amen!”

Just for the record, even though Jews have been saying the word Amen hundreds of times a day during prayer services, it started for us in a peculiar place of mistrust, jealousy, and strife, known as the ordeal of the bitter water. For sure, it is a loaded word, rife with meaning. It has also been taken to stand for the acronym El Melech Ne’eman, which an individual reciting the Shema Israel says in the absence of a minyan. With all this rich and powerful etymological history, the last thing you can say about this Hebrew word is that it is devoid of meaning.

Which calls into question the scornful response to Cleaver’s prayer from one Matt Walsh, who tweeted:

“Dems open congress with a prayer that ends ‘amen and awoman.’ Amen is a Latin word that means ‘truly’ or ‘so be it.’ Awoman is a nonsense word that means nothing. Dems find a way to make everything stupid and nonsensical. Utter clowns, all of them.”

Dems open congress with a prayer that ends “amen and awoman.” Amen is a Latin word that means “truly” or “so be it.” Awoman is a nonsense word that means nothing. Dems find a way to make everything stupid and nonsensical. Utter clowns, all of them.

“I’m now being corrected that ‘amen’ originated in Hebrew and then passed through Greek and Latin into English usage. I need to brush up on my etymology but the point is that the word is not gendered and this PC change is incoherent and absurd.”

Which was followed by additional idiocy, from user Sovereign Denizen:

“The origins of the Hebrew language are in Canaanite language. There’s not an ‘original’ Hebrew language. It is similar to the difference between the southern dialect of American English and the Californian dialect. It’s not its own original language … until Ben-Yehuda.”

Hebrew happens to be a bona fide Semitic language, although it is not mentioned as such in the biblical canon. The first documentation in antiquity of using Ivrit in reference to the language is from the 2nd century BCE. Also, according to several researchers, Ivrit was the lingua franca of the near east, spoken, among others, by the Phoenicians.

There was one very interesting tweet from Magdi Shalash, who explained:

“Amen is a hieroglyph that precedes Re, AmonRe (pronounced îmenRA) with the prefix îmen translating literally as ‘Belief without seeing.’ All monotheistic prayers borrowed it for their closings later in phonetic transliteration, irrelevant of subsequent language.”

According to the Britannica, Amon, also spelled Amun, Amen, or Ammon, was an Egyptian deity who was revered as the king of the gods. Amon’s name meant the Hidden One, and his image was painted blue to denote invisibility.

Finally, The Kansas City Star came out in defense of the Congressman (Missouri Rep. Cleaver says his ‘A-woman’ prayer is misconstrued to stoke division), suggesting he used the words “Amen and ‘A-woman,’” as a pun which was intended to recognize the record number of women serving in the new Congress.

Perhaps. Although, as puns go, this one crashed.

Donald Trump Jr. attacked the Missouri congressman’s attempt at gender inclusion, arguing: “It isn’t a gendered word but that didn’t stop them from being insane. Is this what you voted for?”

Trump Jr. also incorrectly identified the word Amen’s origin as Latin. He should have asked his Jewish sister. 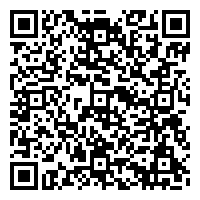