All of this was written the past two days while the “peace talks” continue, and State Dept. spokeswomen Jan Psaki broke her own ground rules on a blackout of day-to-day details of the talks by revealing that Obama’s personal Middle East envoy Martin Indyk joined a recent session.

“As we have said in the past, we are not planning to read out the details of these meetings,” Psaki added.

So why did she take pains to make a special statement about Indyk.

Not by coincidence,  Abbas has been complaining that Israel pressured the United States to keep Indyk out of the talks.

One of the unwritten ground rules of the talks of the “peace process” for more than 20 years has been to soothe the feathers of the Palestinian Authority.

If Abbas is unhappy, he might turn his back on the United States,  which certainly does not want that to happen.

If Psaki could get Abbas’ finger out of her eye, maybe she could see straight and realize that is exactly what is happening.

But Abbas digs his finger deeper and deeper in the collective eyes of the State Dept.

“In his speech to Fatah officials Saturday, he reiterated that the term “negotiations” means “no compromise.”

“Our positions are the same as previous ones,” he said. “This means Jerusalem is at the top of our list of priorities. A Palestinian state with east Jerusalem as its capital. Without that there will be no solution. There will be no state without Jerusalem, which is a red line for us.”

And, of course, “We don’t accept striking an Arab country [Syria] from outside.” 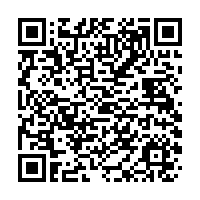