A high-ranking delegation from the BMW auto firm is currently in Israel to look at the feasibility of establishing a research and development center in the Jewish State.

The delegation is also reportedly considering investment opportunities in smart car technologies, according to a report by the Globes business news site.

Earlier this week it was announced that Intel Corporation purchased Mobileye, an Israeli technology company that develops vision-based advanced driver assistance systems providing warnings for collision prevention and mitigation, for an estimated $15 billion. It is the largest deal in Israeli history.

CEO Ziv Aviram told Prime Minister Benjamin Netanyahu on Monday during a phone call between the two that the center of the company’s operations would remain in Israel, that the company would build a global development center in the country, and that it would be responsible for Intel’s international activity regarding autonomous vehicles.

A number of auto firms are already involved in the “smart car revolution” in Israel, including General Motors, Volvo and Honda — all of which have research and development centers, and are actively involved in investment in the market. The latter two companies are sharing a center for searching out investment opportunities with Hertz.

SAIC of China is in the process of setting up an R & D center and searching for investment opportunities, and Renault and Nissan are also expected to enter the market shortly with a smart car innovation center in Israel as well, according to the report. 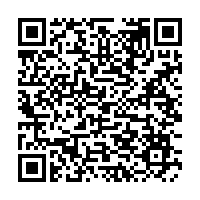